Breaking Into Chicago Tech: A Conversation with Neal Sáles-Griffin 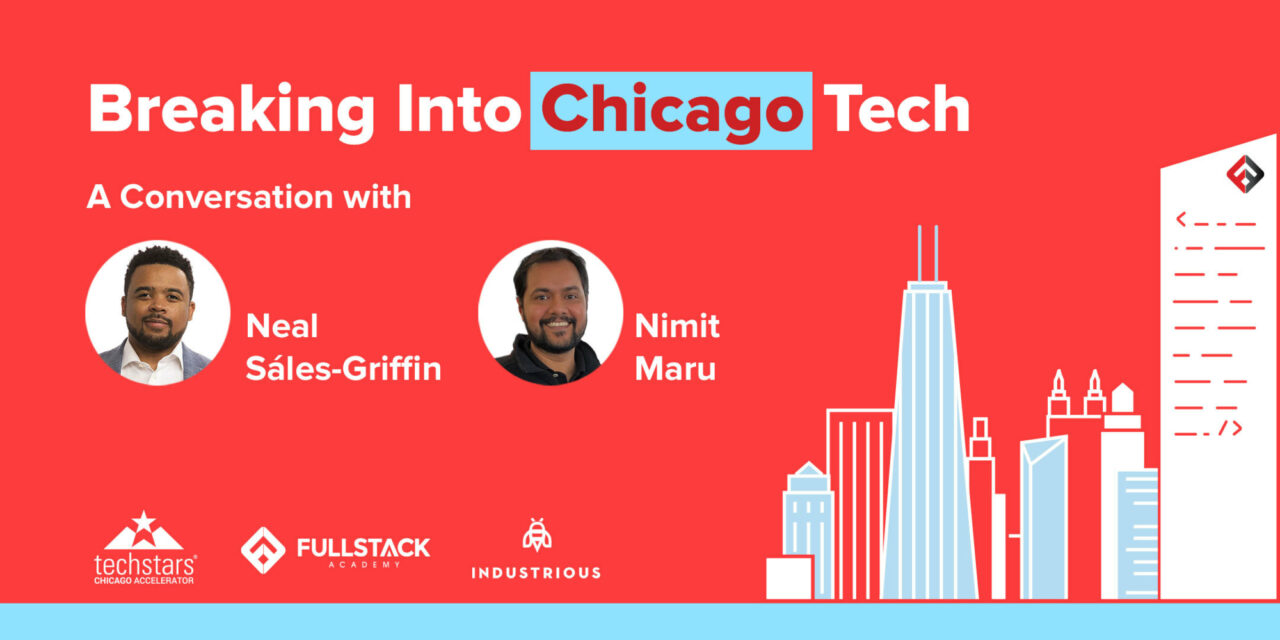 The tech scene in Chicago is one of the fastest growing in the country. And the best way to break in? Programming skills, of course.

Let’s take a look at how the Chicago tech scene has grown and how you can get involved.

Chicago has seen explosive tech growth in recent years, with Salesforce working on a new building in River North, plus Amazon, Google, and Facebook all expected to increase their tech workforce in 2020.

In fact, over the last ten years, the Chicago startup scene has grown 270%, per NYCFuture.

A 2018 KPMG poll of over 750 global tech industry leaders ranked Chicago as the third-most innovative tech hub in the U.S., with the Windy City even breaking the Top 10 worldwide.

Tech growth is abundant in Chicago, but how can you get involved?

If you’re interested in growing with Chicago’s tech scene, the best time to start was probably 10 years ago.

But guess what? The second best time to get started is today!

Perhaps you are like so many folks we talk to, and aren’t sure how to get started.

Whether you’re part of the tech community already or don’t know where to begin, we hope you’ll join us October 29th at Industrious Central Loop for a conversation with Neal Sáles-Griffin and Nimit Maru, who have both made a career in tech and now help others break into tech, too.

Neal, Techstars Chicago Managing Director, has lit up Chicago’s tech scene since starting the nation’s first code school right here in Chicago, and he’s passionate about using his story to help others. Programming has allowed him to get into business, activism, and politics, and the list of lives he’s touched grows every day.

Before Nimit co-founded Fullstack Academy, he was a successful entrepreneur and software engineer at Yahoo. When he’s not helping people along their coding journey, you can find him asking the important questions on Twitter @nimit.

The passion for programming that Neal and Nimit share is contagious. You’ll leave this event inspired and prepared to build something of your own.

Other Ways to Get Started in Tech

Can’t make it to the event? We’ve got a few other great ways for you to break into tech in Chicago.

If you’re ready to go all-in on coding, we have software development programs in Chicago to fit any schedule. You can get your personalized Road to Code here by sharing your goals and preferred schedule.

How Are You Breaking into Tech in Chicago?

We hope you’ll continue your personal journey with us at the “Breaking into Chicago Tech” event on October 29th at Industrious Central Loop.

The Cyber Talent Shortage Emergency: How We Can Fix It

How to Break Into the Chicago Tech Scene