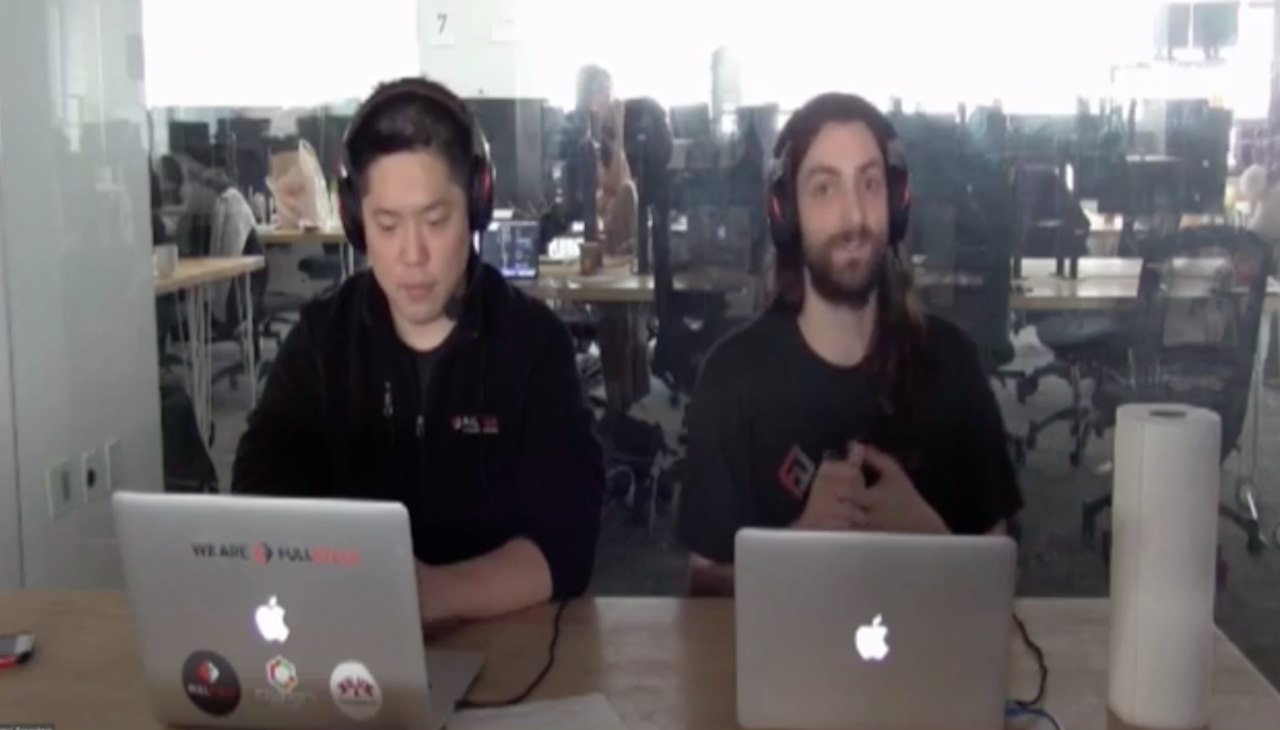 Did you miss the livestream of Fullstack Academy's Demo Day?

Don't worry! We've got all the highlights here...

Ankara: Ankara is a multiplayer game based on the award-winning board game Istanbul. Built with React and Firebase, players move around a modular board and collect resources and rubies to win the game, while seeing each other's moves and chat in real time.

Palace of Music: Palace of Music is a three dimensional virtual museum, created with Babylon JS, where visitors can explore the works of thirty of the most renowned classical composers through history. Designed to be accessible and a full experience, visitors are immediately immersed in music when they step in and have a companion site to guide them.

FoodPrint: Mobile smart food journal that uses image recognition to automatically provide nutritional information on their meals to the users

GenZed: Gen Zed is a competitive online multiplayer battle arena. Players duke it out in a small dungeon-like arena utilizing their active reloads, roll-dodge, powerups and shadows among other game mechanics to out skill their opponents and come out on top!

Attitune: Attitune is a data visualization app for quantifying the more qualitative aspects of a user's musical tastes. It pulls user metrics from the Spotify API and renders the user’s musical valence in contrast to other users, for the purposes of mood comparison and playlist creation based on song choices.

Reacto deFacto: Reacto de Facto is a collaborative learning platform that helps facilitate pair based activities - such as white boarding! The app provides a cohesive environment for students to view content & interact with other users while providing admins a rich feature-set to organize students by class/cohort, set pairings, see a live view of who's logged-in, and set content for a specific cohort.

SuperFriend: SuperFriend is a contact management app that makes it easier to be...wait for it...a super friend. Our app sends you gentle reminders to reach out to a given contact when it's been too long, ensuring that you never fall out of touch with a friend again--unless you mean to.

This That: Can't make up your mind? Poll your fiends quickly and easily with our mobile app This/That!

Voyagr: Voyagr is a multimedia, travel journal web application with realtime collaboration.
Through the app you can bring your physical and digital mementos together.

Snakes: Snakes is a multiplayer reimagining of the popular online game slither.io. It resists the often isolating nature of mobile and computer games by requiring that players share the same physical space while using their mobile devices to control snakes that live, eat, grow, collide and die on a single shared screen.

Omni: Dream journal/analysis mobile and web app that allows users to record their dreams and have them visualized as a dynamic 3D representation that they can experience in VR. Users can also view their dream analytics and sleep patterns, as well as explore a 3D realm of public dreams.

Sandcastle: Sandcastle is a powerful in-browser environment where developers can write an entire application, including both frontend and backend code, visualize their app and database, and test out their routes. Sandcastle was built with React, Firepad, Firebase, PostgreSQL, Express, and Docker.

Drawkward: Inspired by the popular game Drawful, Drawkward is a multi-player, real-time drawing platform for awkward artists who just want to have some fun. Able to support groups of 4 to 14 artists, Drawkward uses websockets as a means of communication between the web app and the native iOS app to ensure high-speed performance during gameplay.

Kindercode: The goal of our project was to build a web application that teaches children coding fundamentals by letting them build an executable program using blocks of code. The journey begins with the drag and drop interface, which gives users access to the building blocks of our programming language. The program they create is mapped to our interpreter, which searches through the program and executes each action, triggering a re-render of the animations on the grid canvas.

Agile-Armature: Agile Armature is a What-You-See-Is-What-You-Get (WYSIWYG) wireframe composer. It generates HTML and CSS based on drag and drop layout sketches that users create.

SentiMentum: SentiMentum is a journaling dashboard application that leverages sentiment analysis. Users are also able to pull tweets, song lyrics, and movie scripts to perform sentiment analysis as well, in order to gain insights into the media they consume.

Lantern Hoard: The Lantern Hoard is a single-page app reproduction of the role-playing board game Kingdom Death: Monster. It handles the game's complex logic using Redux for state management, and supports up to 4 players with SockJS.

Pegma: Pegma is an assignment tracker tool for students and teachers which allows teachers to individualize curriculum for students in their classroom. Students can keep track of their ongoing assignments and grades.

Konst: A library for stable hashing