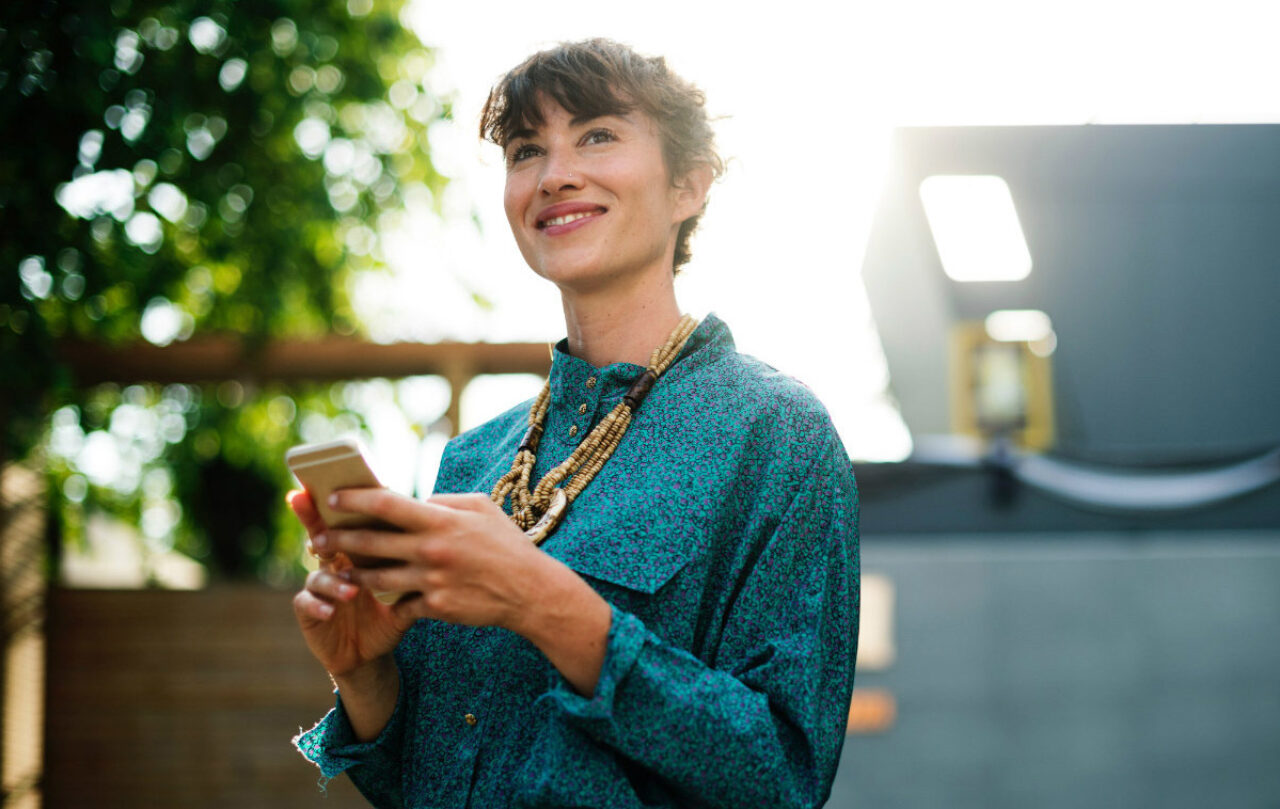 Very few people grow up knowing for certain what they want to do with their lives. Even fewer actually go on to do it. We’ve talked before about the fact that many of us have to work a range of jobs before we discover a career path that we love and want to commit to—and even then, that path might not feel like the right choice for us a few years in.

The great thing is, these days, no one expects you to stay in the same career for 30 years. Changing careers is the norm now—especially in the tech sector, where there is so much potential for employees to learn and grow as professionals.

According to the Department of Labor, over the next eight years the job market for developers is set to expand much faster than the market for any other industry. Opportunities are plentiful for aspiring developers, and there are few barriers to entry—you can jump right into learning programming and chart your path into the industry from there. You no longer need a computer science degree or years of experience to stand a chance of being hired.

Below are stories from five Fullstack grads who made a mid-career transition into software development. Anyone looking to follow in their footsteps can learn a lot from these developers’ experiences.

Tara Lerias on Passing Technical Interviews Without a CS Background

Tara Lerias’ passion for tech started in childhood when she realized her favorite website, Neopets, would let users customize the HTML on their pages. In college, however, Lerias took a different route, opting to study journalism and advertising over a more technical major. After graduation, she put her degree to use in marketing.

But it didn’t take long for Lerias to realize that marketing wasn’t the right career for her. Two years later, she quit her job and enrolled at Fullstack Academy. A month after graduating from the immersive program, Lerias had already secured a job as a software engineer. She’s now been working as a web developer for more than three years.

Even though it’s been a while since her job-searching days, Lerias remains haunted by the technical coding interviews she had to endure as part of the hiring process. These interviews can be particularly scary for new developers who never studied computer science in college, but Lerias isn’t one to give up so easily.

Her difficult technical interview experiences led Lerias to identify her four weakest areas as a developer and to devise a multi-pronged, personalized plan to fix them. She even started keeping herself publicly accountable through Medium. She knows from experience that if she follows her plan, things will get easier, and in doing this work, she is showcasing a trait that all successful career changers (and professional developers) have: a drive for continuous improvement.

Lerias’ story just goes to show that even professional developers still struggle with certain aspects of the job. If you’re having a hard time at any point in the process, take heart and remember that you’re not alone—then make a plan for how you can improve.

Dave Trabka on Self-Learning Before Bootcamp

By his own admission, Dave Trabka has a pretty diverse resume. Growing up, he was business-focused like the rest of his family and applied to colleges with strong undergraduate business programs. This led him to a career in investment banking and private equity before deciding he wanted to travel the world—at which point he started a consulting business flexible enough to support his new dream.

During his travels, while consulting for a friend’s startup, Trabka discovered programming and started learning coding basics. A few months after landing back home, Trabka decided to go all-in with a full career pivot into web development.

Trabka had developer friends he could count on for guidance, but making sense of the hundreds of free online resources available to aspiring developers was still difficult. Nevertheless, he dutifully set about building a self-taught curriculum that covered HTML, CSS, and JavaScript through a number of free and paid online coding platforms. This was crucial to his future success and one of the reasons he was accepted the very first time he applied to the Fullstack Academy immersive program.

And Trabka’s hard work continued to pay off. After graduating from Fullstack Academy, he secured a role as a full-stack developer at Innovation Department, and because creating his own curriculum had been both one of the hardest things he’d ever done and one of the most beneficial, Trabka has made his syllabus available for other aspiring developers.

Calvin Lin on Why the Bootcamp Model Makes Sense

Calvin Lin’s story will be familiar to many readers: Six months out of college, he found himself bored by his first full-time job in the construction industry. Working as a mechanical drafter was not what Lin wanted to do for the rest of his life. Rather than sticking with something he disliked, Lin accepted he had made a mistake and started to look for better career opportunities.

Programming came quickly to mind. He had completed a few CS courses in college and hadn’t thought twice about pursuing it professionally. But now, after a month of coding on nights and weekends via free online resources, Lin decided to make the leap into software development. He just had to decide which course of education was best for him: self-study, a second bachelor's degree, or a coding bootcamp.

Lin didn’t feel he was disciplined enough for self-study, nor did he want to spend several years on a CS degree and pay for college all over again. So he chose a bootcamp —Fullstack Academy — and it’s a choice he’d recommend to anyone.

In Lin’s opinion, the bootcamp model makes sense for a lot of people because, even though it’s a huge commitment, the immersive experience means you’ll learn a lot in just a few months. Most career changers can’t afford to spend several years going back to college, but if you’re willing to learn code for 12 hours a day, three months straight—and you do enough self-study to get accepted into a quality program in the first place—bootcamps are a much more efficient alternative to a second bachelor’s or even a master’s.

Sara Jo Helba had dedicated her adult life to social work. That included working as a therapist, a counselor, a mental health assessor, and a social work instructor. But no matter which position she tried within the field, she never felt fulfilled. When she realized that the statistical analysis of her doctorate coursework interested her more than the coursework itself, Helba knew it was time to seriously consider a career change.

Her dad was a programmer, and she had always been interested in the industry, but she didn’t start taking online courses and attending coding meetings until after her epiphany. Those resources convinced Helba that coding should be her career, and she eventually decided to make the career shift with the help of a coding bootcamp.

Now the question was which bootcamp to choose?

Helba took her search seriously. There are many bootcamps out there, but she managed to draw up a shortlist of the ones that “seemed rigorous, had good reviews, and had good reputations within the tech community.” She then made the effort to speak to past students at each bootcamp on her list to find out what life was really like there.

This research was a big deciding factor. Helba needed the ability to learn remotely so she could continue living with her husband in Cincinnati. Also important to her werea robust curriculum with a focus on JavaScript and a course that started at an intermediate level, as her self-study had taken her beyond the beginner stages of learning.

Taking all these factors into consideration, Helba became convinced that Fullstack Academy was the right bootcamp for her.

Jami Gibbs already had some coding experience under her belt when she decided to make a career change. She had worked in web development for almost a decade but realized that her career trajectory was actually taking her away from programming—the one part of her job that she actually liked.

Going back to school—and attending a bootcamp in particular—was Gibbs’ way of adjusting that trajectory. She considered getting a CS degree, but like many other aspiring developers, she didn’t want to spend years completing it. That meant her best option was a coding bootcamp. The only challenge was: She’d have to get accepted first.

Gibbs knew the admissions process was going to be tough, even with her prior coding knowledge. That’s why she dedicated time to both studying for bootcamp assessments—which, like technical interviews during the hiring process, are in part about how well you perform under pressure and not purely a test of your coding skill—and improving her coding skills in general. Her self-paced training involved free online coding courses and books on JavaScript, but it also a good amount of research into the assessment platforms themselves, so she’d know what she was in for when she sat down to complete the assessment. She also completed specific bootcamp prep exercises and used flashcards to improve her retention of key concepts.

Her preparation paid dividends when Gibbs was accepted to Fullstack Academy. After months of even harder work, Gibbs graduated and secured a role as a front-end developer at The Designory. And since she firmly believes in paying it forward, she has published a full guide to the bootcamp application process to make things a little easier for the next bootcamp applicant.

Each of these developers came from a different background and had a different reason for pursuing a career in code. But they all had one thing in common: They trusted Fullstack to help them get where they wanted to be—especially when where they wanted to be was somewhere totally different from their current industries. What’s holding you back from doing the same? Fullstack Academy offers the training, support, and career development skills that you’ll need to make the leap into the world of software development. Make the commitment. Apply today.

Take the first step in your journey by submitting an application to one of Fullstack's immersive bootcamps.