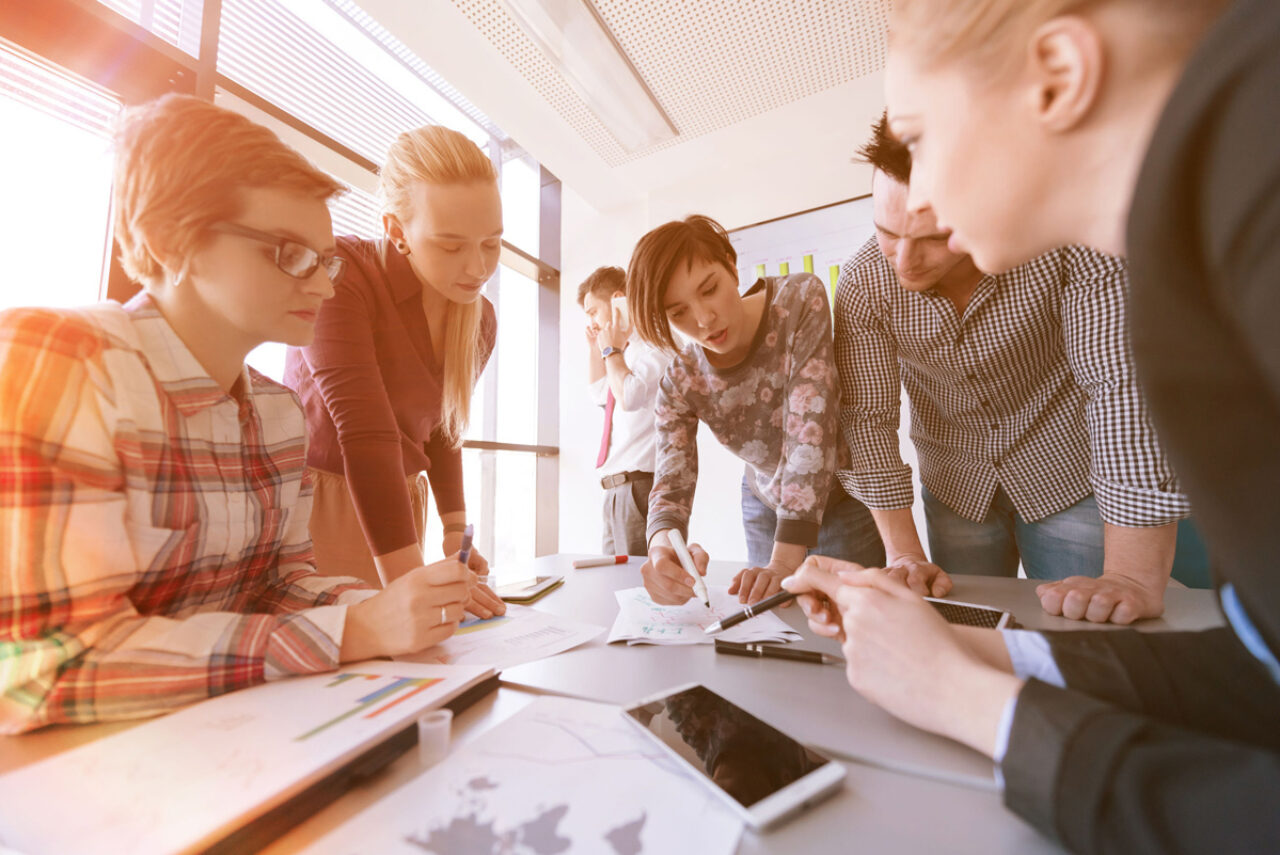 One of the reasons aspirational developers and career changers choose to enroll in coding bootcamps is the employability factor. Smart employers love bootcamp graduates.

But to understand why, we have to start with the basics--namely that for the foreseeable future, developers are in huge demand across just about every industry.

So much so, in fact, that the Bureau of Labor Statistics reports that the employment of web developers is expected to grow by 15 percent from 2016 to 2026. That’s more than twice the average growth rate for any other occupation.

And tech companies aren’t the only destinations for new and experienced developers. Almost every industry has a place for devs, with some offering opportunities that even venture-backed startups can’t match.

Changing the Face of Retail

The retail world is experiencing cataclysmic change. As Amazon continues to dominate and seep into every aspect of consumers’ lives, traditional retailers are doing everything they can to compete. From building new online stores and apps to inventing ways to revolutionize the future of shopping, the retail industry offers developers the chance to revolutionize one of the most developed industries in the country.

The growth of developers in retail is nothing new. As far back as 2011, developer James Christian was part of an IT department at UK luxury shopping brand Net-a-Porter that numbered 120 staff and led an innovations team looking at ways tech could engage more customers.

And even in 2014, Margaret Case Little reported that the retail industry was employing more engineers than all of Silicon Valley.

Retail is also the industry with the biggest growth in software job postings. Dr. Andrew Chamberlain, chief economist at Glassdoor, found that from 2012-2017, job ads in the software development sector grew by 7.5 percent.

Don’t think you have to work for a small ecommerce store, either. Big brands and retailers will almost certainly want your talents. Bryan Pearson, founder of loyalty marketing provider LoyaltyOne, points out that some of the biggest names in retail are recruiting developers by the bucket load:

As big-box retailers continue to transition from physical stores to digital spaces, Pearson says, retailers are looking to those with tech backgrounds to carve out their paths forward.

As anyone who has opened up their bank’s mobile app recently will know, banks, credit unions, and financial institutions are embarking on massive digital transformations. And they need developers to make those transformations happen.

In fact, they are clamoring for coders. So much so that some firms are going out of their way to offer alluring benefits (on top of exceptionally high salaries) to tempt developers. Take First Republic Bank in San Francisco. Finance reporter Lisa Joyce says the bank is offering to cover up to $200 of each employee’s monthly student loan repayments.

Capgemini Global Head of Research Jerome Buvat and his team have found that the majority of banking leaders believe the digital skills gap to be widening. To solve that problem, the industry is doing what it knows best: Investing.

As a result, developers in this field are shouldering big responsibilities. They’re building the infrastructure for the economy, and they’re getting a first-rate education in how modern finance works.

Case in point: Bloomberg’s Sarah Ponczek and Dakin Campbell report that both Goldman Sachs and Bank of America are investing heavily in developers, even handing them the keys to trading desks. Goldman Sachs, in particular, is pushing coders into management positions by offering then certifications previously only given to traders.

That’s because bank executives would rather invest in someone who can build the tools to execute trades (i.e, a coder) than in someone with trading skills alone. Huy Nguyen Trieu, the former head of macro structuring at Citi, has even revealed that a team of just four algorithmic traders are now using a computer program to manage 70 percent of trades—work previously done by a team of 140 people.

Perhaps you are more interested in the business of saving lives. That’s good news for traditional healthcare institutions across the country, which are learning to embrace technology and need developers to help bring the industry into the 21st century.

This transformation is already underway as healthcare records get digitized. Lauren Burris, associate director of HR at healthcare software company Practice Fusion, says, “Healthcare IT is revolutionizing the way you get medical advice, prevent illness, and learn to live a longer, happier life.”

The possibilities go far beyond patient records, though. Take digital consultations and checkups, for instance. Psychiatrist and author Dr. Dora Wang describes how mobile mental health is changing the way psychiatrists are able to treat patients. Telepsychiatry has become so normalized that the American Psychological Association is now releasing tech toolkits for practitioners.

UC San Francisco researcher Joaquin A. Anguera and his team have even found that virtual psychiatric therapy offers benefits that in-person therapy cannot provide. Developers in this space are pushing the very boundaries of mental healthcare.

Demand for tech in traditional healthcare is so high that some doctors, like Yale cardiologist E. Kevin Hall, have themselves learned how to code and developed apps to help them work more closely with patients.

Making a Difference for Your Country (Or Someone Else’s)

IT labor analyst David Foote points out that government and defense agencies have a huge demand for good coders. Not only do these roles offer developers the chance to do meaningful work, but they can also “accumulate further certifications and government clearances to pave the way for a long tenure in government-related work,” Foote says.

If government work isn’t for you, however, there are other ways to create change in the world with your coding skills. Amy Sample Ward at Fast Company says nonprofits also need talented developers. Skills required for software development, Ward argues—like recognizing opportunities for efficiency and scale--are directly transferable to the nonprofit world.

The four industries above aren’t bucking the trend. They are leading it. As VC Marc Andreessen famously claimed, “software is eating the world,” and that means virtually every industry needs developers to keep pace.

Unlike those skilled in other areas, talented and ambitious developers don’t have trouble finding work. They may, however, have trouble choosing from all the options available to them.

To see what a successful transition to a career in coding looks like, check out these graduate profiles.