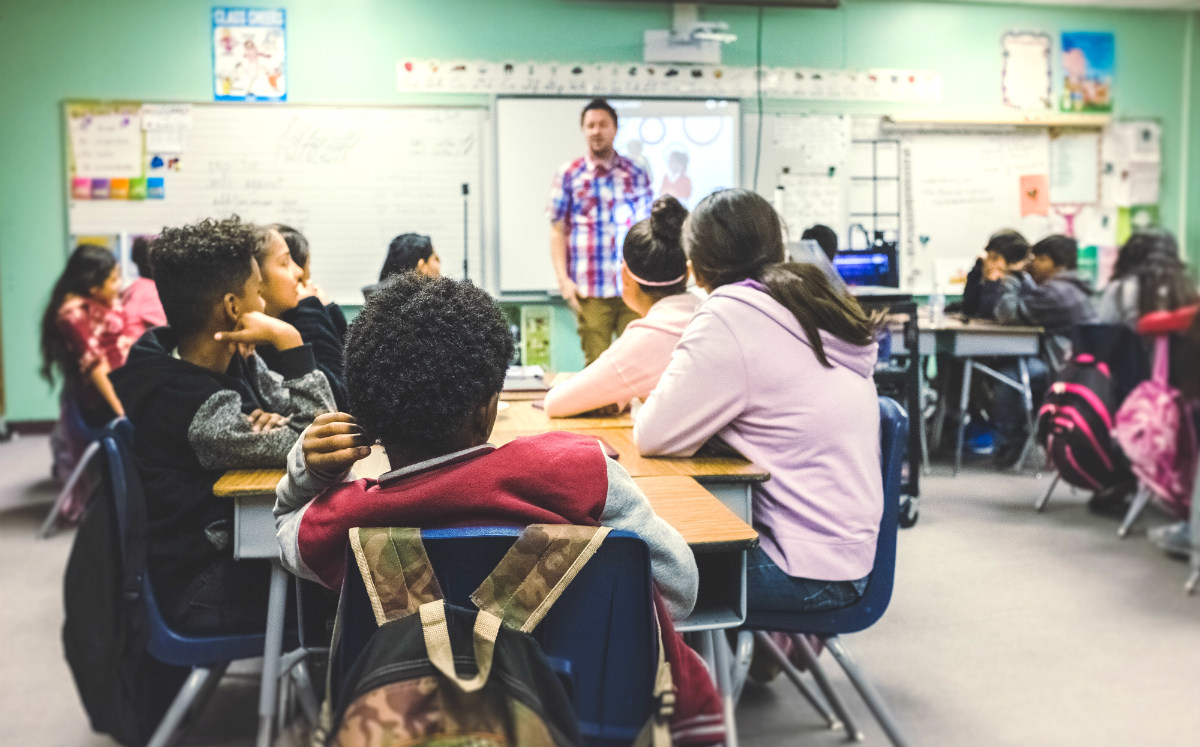 Our time in school often provides some of our fondest memories. Years later, many of us can still name our favorite teachers and classes—and for some, that affinity translates into a lifelong passion for education.

While many with that passion pursue teaching, that’s not the only way to have a powerful impact on the next generation of learners. Every day, in fact, thousands of developers in EdTech work diligently to transform the educational experiences of students across the world.

If you want to combine your love of education with the drive to build technology that matters, EdTech development could be the perfect career for you. Let these 12 EdTech developers provide all the inspiration you need along the way.

Alice Keeler holds many titles. She is a math teacher, an author, a lecturer at Fresno State, a Google Certified Innovator, a Microsoft Innovative Innovator, an EdTech expert, a JavaScript coder, and a mom to five kids. Suffice it to say: She’s busy.

As part of her mission to improve learning through technology, Keeler taught herself JavaScript in order to create custom Google Apps tools. She has written several books on the topic and shares her apps for free on her website. Keeler also maintains an updated list of the EdTech tools she most recommends.

Andrew Ng is the founder of the Google Brain project, cofounder of Coursera, and VP and chief scientist of Baidu, China’s leading search engine.

Ng’s journey into EdTech started in 2011, when he led the development of Stanford’s massive open online courses (MOOC) platform. A year later, he started work on Coursera, which has now connected more than 35 million learners with more than 150 universities worldwide, making it the largest MOOC in the world.

Jon Wong is a senior front-end infrastructure engineer at Coursera, where he uses full-stack JavaScript to improve both Coursera’s web and mobile platforms. He shares his expertise as a speaker at local meetups and at the now-annual GraphQL Summit. As you might expect from a bootcamp mentor, Wong’s Twitter feed is full of informative snippets on all things coding and JavaScript. He has also written several insightful articles about JavaScript on Medium.

John Resig is a web development legend, best known as the creator of jQuery, the most popular JavaScript library in the world. He is now a front-end architect at Khan Academy, where he leads the software development efforts of one of the world’s largest free educational resources. In addition to his technical responsibilities, Resig also took it upon himself to create the educational content for the entire computer programming section of the website. So, not only has he built the platform itself, but he’s helped guide the curriculum, too.

Pamela Fox is a world-class developer and teacher who currently works alongside John Resig on the live coding environment and computing curriculum at Khan Academy. Fox also wrote tons of code for Coursera, where she was the platform’s second-ever front-end developer.

Outside of her day job, Fox posts frequently on Twitter about software development and life in general and writes astute articles on Medium.

Kevin Corbett creates software for online learning and is a course developer at the University of Washington. Corbett began his career as a science teacher. In the mid-90s, he taught himself HTML and started developing websites for small businesses; naturally, as he became more skilled, he brought his knowledge into the classroom to share with students.

Today, Corbett runs one of Washington’s longest e-learning programs, which he has built from the ground up. He is a huge advocate of mobile learning and of the gamification of learning.

It’s fair to say that Jeremy Johnson is one of the leading education innovators at work today. And it’s no surprise, given that he’s been developing education-related tools and platforms since college. His work started with a social network focused on college admissions, which he dropped out of Princeton to pursue. This was followed by 2u, which delivers online degree programs and was one of the fastest EdTech startups in history.

Today, Johnson is the co-founder and CEO of Andela, a Google Ventures-backed global talent accelerator that aims to solve the developer shortage by training developers in Africa and placing them within some of the largest tech companies.

Mark Martin, a.k.a. the Urban Teacher, is a software developer, computer science teacher and EdTech evangelist. Martin has taught IT in schools in the UK for more than a decade and has become one of the leading experts on using technology to improve education.

As the Urban Teacher, Martin speaks, blogs, and creates videos about the power of EdTech in a bid to help grow the UK’s EdTech scene and get more teachers to introduce technology into their classrooms. Follow Martin’s journey on his Twitter feed or on his personal website.

Dr. Michael Zargham is a systems engineer and blockchain enthusiast with a deep enthusiasm for teaching. He is an advisor and systems engineer for ODEM, which stands for “On-Demand Educational Marketplace,” a platform built on the Ethereum blockchain. ODEM aims to reduce the cost of, and improve access to, premium education by eliminating third parties and connecting students directly with teachers.

In addition to his advisory roles at ODEM and elsewhere—plus the work involved in running his own company, BlockScience—Dr. Zargham has also taught graduate-level courses at the University of Pennsylvania.

Michael Paskevicius is an EdTech developer at the Centre for Innovation and Excellence in Learning at Vancouver Island University. In this role, Paskevicius researches, develops, and deploys educational technology and EdTech software.

He is also a Ph.D. candidate at the University of Victoria, where he is investigating how open educational practices are being implemented in higher education. You can follow Paskevicius’s journey as an educational developer and doctoral candidate on Twitter or on his personal blog.

Nick Chater is a British teacher, consultant, and web developer. Chater is committed to the field of EdTech and has created his own range of educational games, all revolving around a cartoon mouse called Gwimpy. His website, Gwimpy’s World, showcases a range of games that help young children identify shapes, learn to read, build their vocabulary, and practice basic math. All of Chater’s iPhone games are available for free on the App Store.

Sharon DiOrio is a software engineer at Achievement Network (ANet), a mom, a feminist, and a Google Developer Expert. As a lead software engineer for ANet, an education nonprofit, DiOrio works to build a more equitable education system by developing EdTech applications for K–12 students in underserved communities. She is also the founder of the Angular Boston meetup and the city’s Woman Techmakers Lead.

All fired up about using technology to improve education? Learn all about the leading JavaScript-powered EdTech platforms. These powerful platforms—and the accomplished developers who build them—are improving the educational landscape in ways that never cease to amaze us.