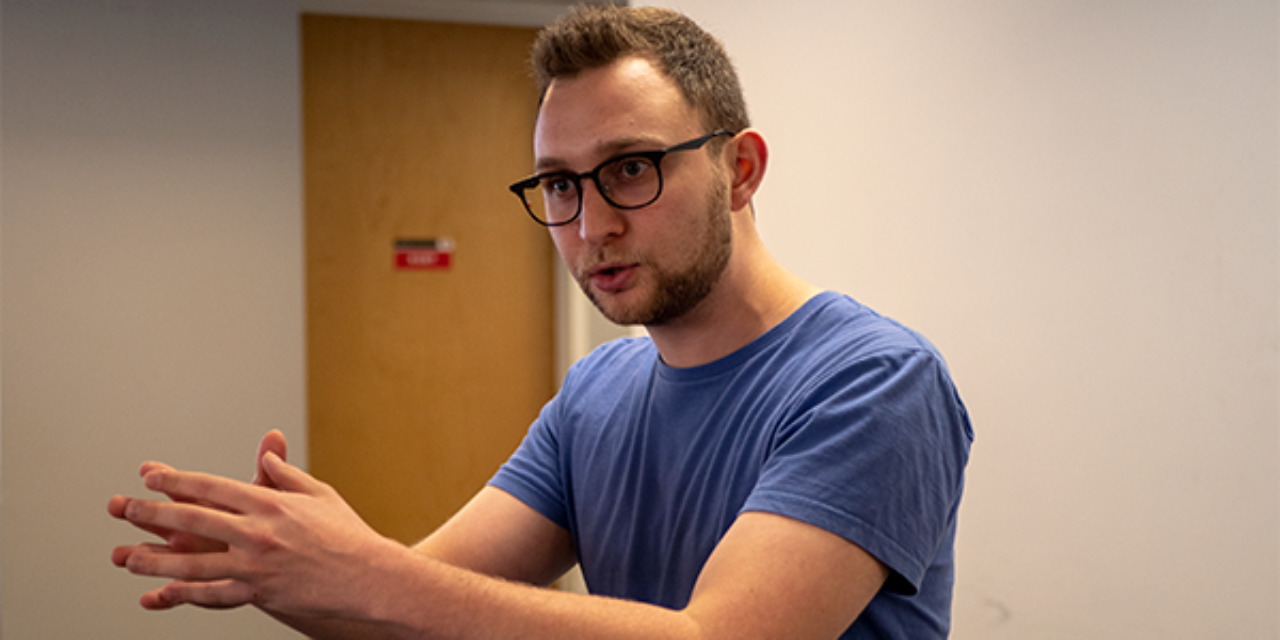 Born mathematically minded, Corey Greenwald grew up building games and elected to take programming classes when he started high school. He entered college as a math and computer science double major, but changed to neuroscience after a general college class on the subject unexpectedly unveiled a fierce interest.

From there, Corey went on to join a machine learning lab—a setting in which all of his interests converged. As time went on, it appeared that his chosen path in neuroscience was unfolding smoothly—that is, until a year into grad school, he realized that he missed the logical push of programming and wanted to launch an app instead.

Corey weighed his options and courageously decided to take a leave of absence from the future he’d been building in order to attend Fullstack Academy. He knew how to program because of his prior studies, but coding bootcamp would allow him to emerge as an engineer.

Corey has a holistic viewpoint of Fullstack, in that he’s been on both the receiving and giving ends of our education model—and contributed greatly on both sides. For example, even before working here, Corey spent time during his job search to help construct the Bootcamp Prep Course we use today.

When he told us that he’d accepted a job at Wenner Media, the parent company for publications like Rolling Stone and US Weekly, we were sad to see him go, but excited to see what he’d accomplish in his new role. However, when a need for a part-time evening instructor at Fullstack arose, Corey was at the top of our list. We reached out and asked if he’d be able to juggle his full-time gig with some instructor duties. He said yes, and the rest, as they say, is history.

Once back in the saddle, Corey realized that he’d missed teaching—he had been a tutor throughout school and lived for that “Ah-ha!” moment of seeing things really click for a student. He wanted more of that, more of the time, and so he left Wenner Media to teach full-time here at Fullstack, eventually becoming a Senior Instructor at our NYC campus. Hooray!

Corey notices a marked difference between teaching at Fullstack and his days tutoring and teaching in traditional school environments. Take a university course: Most students are there in order to graduate or satisfy their curriculum requirements. It’s rare to find students who are legitimately gripped by the subject.

Now think about bootcamp, a scenario where students are choosing to be here. They’re willingly giving up their personal time and pursuit of other activities and interests in order to become programmers. The attitude at Fullstack is very different, and Corey is energized by that level of student engagement.

Like another instructor we profiled recently, Collin Miller, Corey also moonlights as a comedian and uses an analogy to explain why so much of his success depends on the energy of his students. When you go on stage as a comedian and can sense the crowd’s excitement to be there and see them actively responding to your material, it motivates you to perform well and do your best. That’s what being an instructor at Fullstack is like: firing on all cylinders.

The personalized attention and support Corey received as a student at Fullstack was a big reason he chose to come here, and now he in turn supplies that for his cohorts. Though it varies, the student:instructor ratio at Fullstack hovers around 4:1, which means students always have either an instructor or teaching fellow to ask for help. As Corey puts it, we don’t “slack on the support”— a perfect play on words, actually, since Slack is a forum we use to provide support.

At the end of the day, having students come on board not being sure how to write code and then watching them build apps that shock him in their complexity is gratifying, and Corey feels fortunate to be able to follow that journey with each round of cohorts.

In order to succeed at Fullstack, Corey believes you’ll need to prepare for the intensity of the experience. Bootcamp is a taxing endeavor that will change you for the better across all areas of your life. You, and all of the students around you, are all stepping away from your lives and diving headfirst into 17 weeks of nonstop learning, trying, and collaborating.

You should like to be challenged and be willing to fail—because you will, inevitably. You must cultivate the self-assurance that you can and will work through your failures and be better because of them.

Corey also recommends that you start coding now—but remember to start small. Keep in mind you’re not going to come out the gate ready to work at Google. Start with the basics and if you’re feeling good about those, research the next step of getting accepted to bootcamp.

Coding bootcamp will change your life for the better—we’re just waiting for you to show up. Enroll in the Bootcamp Prep Course that Corey helped create and find yourself one step closer to joining the Fullstack family. Sign up today.

Get ready for success.

Join our Bootcamp Prep course and learn the skills you need to get started in our bootcamp programs.