Skills Over Credentials: 3 Ways This Impacts Your Coding Career 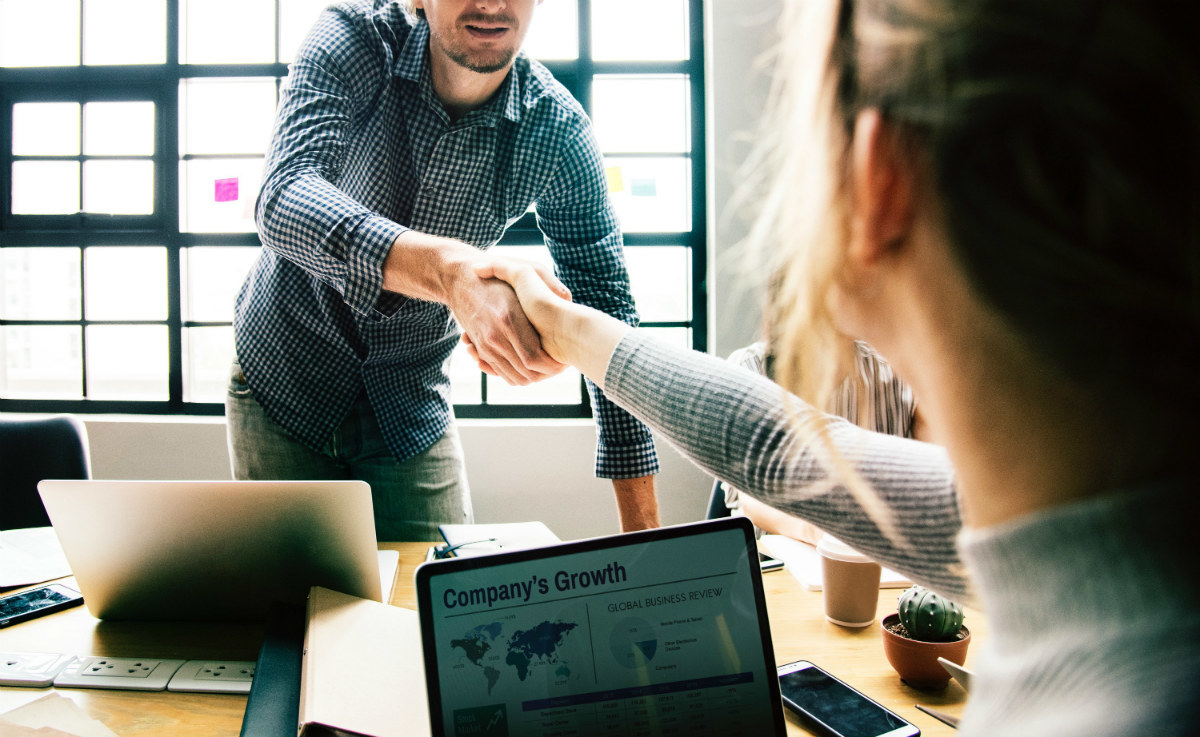 It feels almost like an age-old debate at this point, but we’ve finally reached a time when, at least in the tech world, what you know matters more than how you learned it. All major tech giants, writes EdTech Review’s Ananya Debroy, have indicated that they now give a developer candidate’s skills more weight than their degree. The CEOs of Google, IBM, and Linkedin have all publicly said as much.

Labor market statistics also support these claims: Cathy Barrera, chief economist at ZipRecruiter, reports that within the tech industry, there has been an increase in the number of job postings that do not include a four-year degree as a requirement. Instead, companies are looking to hire candidates who can demonstrate that they know a particular language such as JavaScript, Python, or SQL.

This shift in focus from credentials to skills will have a huge impact on your career as a developer—from the way you build new skills to the way you interview for roles to what your workplaces will look like when you’re hired.

Developers will need to commit to a lifetime of self-motivated learning if they are to remain relevant, employable, and successful in their careers. This is true in tech more than in any other industry because new techniques, programming languages, and jobs arise every day.

For many aspiring developers, this continuous learning journey starts with a coding bootcamp. The market for bootcamps has soared, with Course Report estimating that 20,000 developers will have graduated from bootcamps by the end of 2018.

Bootcamp grads are highly sought after when they enter the job market: The Council on Integrity and Results Reporting (CIRR) reported last year that the average graduation rate for all bootcamps was 92 percent, with an 80 percent in-field placement rate, and an average starting salary of $70,412. Not too shabby.

The best bootcamps are the ones that make sure you graduate as a true full-stack developer. That’s because, as developer Sam Dias points out, full-stack developers are much more employable than their specialist counterparts. Many companies are looking for people who have the flexibility to learn new things and take on more than one role; that’s exactly what developers are able to do who’ve been trained to work with all of the technologies that together make up a full tech stack.

Programming stacks evolve quickly, however, and just because you are a full-stack developer now doesn’t mean you’ll be the kind of developer that tech companies are looking for in five years. If the market shifts, you’ll have to shift accordingly. Keeping your skills current and committing to continual learning are your keys to a long and successful career.

Technical interviews have always been a big part of the tech recruiting process, but the emphasis on skills means these interviews are becoming both more important and more rigorous.

Unfortunately, in many cases, these tests have evolved to include tasks that don’t resemble a programmer’s day-to-day responsibilities or work environment. As Triplebyte’s Ammon Bartram puts it, being a good programmer has little to do with passing a coding interview.

Even seasoned programmers can't pass these tests without lots of prep. Take the case of Andyy Hope: Despite being a lead iOS engineer in Melbourne, Australia, Hope had dreams of living and working in Silicon Valley. But even with the skills and experience of a lead engineer, he knew that landing a job at a top tech firm wouldn’t be easy. So, he quit his job and moved home to study using free and paid services in order to give himself the best chance of success.

Hope ultimately landed a job at Facebook, but his technical skills weren’t the only thing that mattered throughout the interview process. In total, Hope faced eight different types of interviews, ranging from algorithms to pair programming. This made him realize that interviewing is a skill in and of itself, and that even great programmers with stellar portfolios may find it difficult to cope with the pressure they face in a tiny interview room.

Some developers have figured out how to use the stress of the interview process to their advantage. Bootcamp grad Felix Feng spent three months applying to 291 companies before ultimately landing his dream job. He intentionally planned his job hunt so that he faced the less-challenging interviews first. In doing so, he was able to level up his interviewing skills along the way. The longer he persisted in his search, the more comfortable he felt interviewing, and better the job offers became. Eventually, he accepted a role that paid more than $120,000.

3. You’ll Have a More Diverse Group of Peers Than Previous Generations

The skills gap within the tech industry is well-documented. Tech.co’s Connor Cawley reports that 1.4 million computing and engineering positions will need to be filled by 2020, but only 400,000 new computer science majors will have graduated by then. Where are tech companies going to find the other million they need?

The good news is that by valuing skills over credentials, tech companies are helping to increase the number of people making the transition to a career in code. Not only is this helping to fill the skills gap, but it’s also diversifying the types of people we see working within the tech industry.

There are countless stories of people successfully making the switch to a career in code—people like Daniel K. Hunter, who studied “morning, nights and weekends” while holding down a 9-to-5 job in the music industry, as he sought to become a professional developer. Because getting a job in tech depends more on having technical skills than on holding the right degree, Hunter believes anyone can make the switch, regardless of their background.

A focus on skills is also helping to remove certain hiring biases, which in turn contributes to a more diverse tech workforce. Slack, for example, The Atlantic’s Jessica Nordell reports, has significantly outperformed other Silicon Valley tech companies when it comes to racial and gender diversity—a win Slack attributes to its unique approach to recruiting. Instead of deliberately hiring from leading computer science degree programs—which tend to be full of white, male 20-somethings—Slack has hired through all-women coding bootcamps and other programs that focus specifically on training coders from diverse backgrounds.

And for those more concerned with profits than with representation, diversity is good for a company’s bottom line, too. McKinsey researchers Vivian Hunt, Dennis Layton, and Sara Prince note that companies in the top quarter for racial and gender diversity are likely to achieve above-average financial returns. Moreover, in the US, there is a linear relationship between racial diversity and better financial performance.

This all adds up to one of the most inclusive labor markets in the country. When employers judge candidates based on what they can do—not where they went to school or who they know—employees only stand to gain. Right now, developers are rewarded for their skills in ways that most other professionals aren’t.

Certainly, the industry still has a way to go. Some employers are still screening out applicants who lack a bachelor’s degree, the Drucker Institute’s Rick Wartzman notes.

Still, the tech industry has never been more accessible to talented developers than it is right now.

Whether you graduated college with a degree in a non-technical field, or never went to college at all, a skills-focused hiring approach means it’s what you know that’s most important. Get primed to learn when you need at bootcamp today with Fullstack Academy’s Bootcamp Prep Course—students who completed the course were 2.5x more likely to be accepted to Fullstack Academy and it's free with refund, meaning once you take 90% of the course, we'll refund your money.