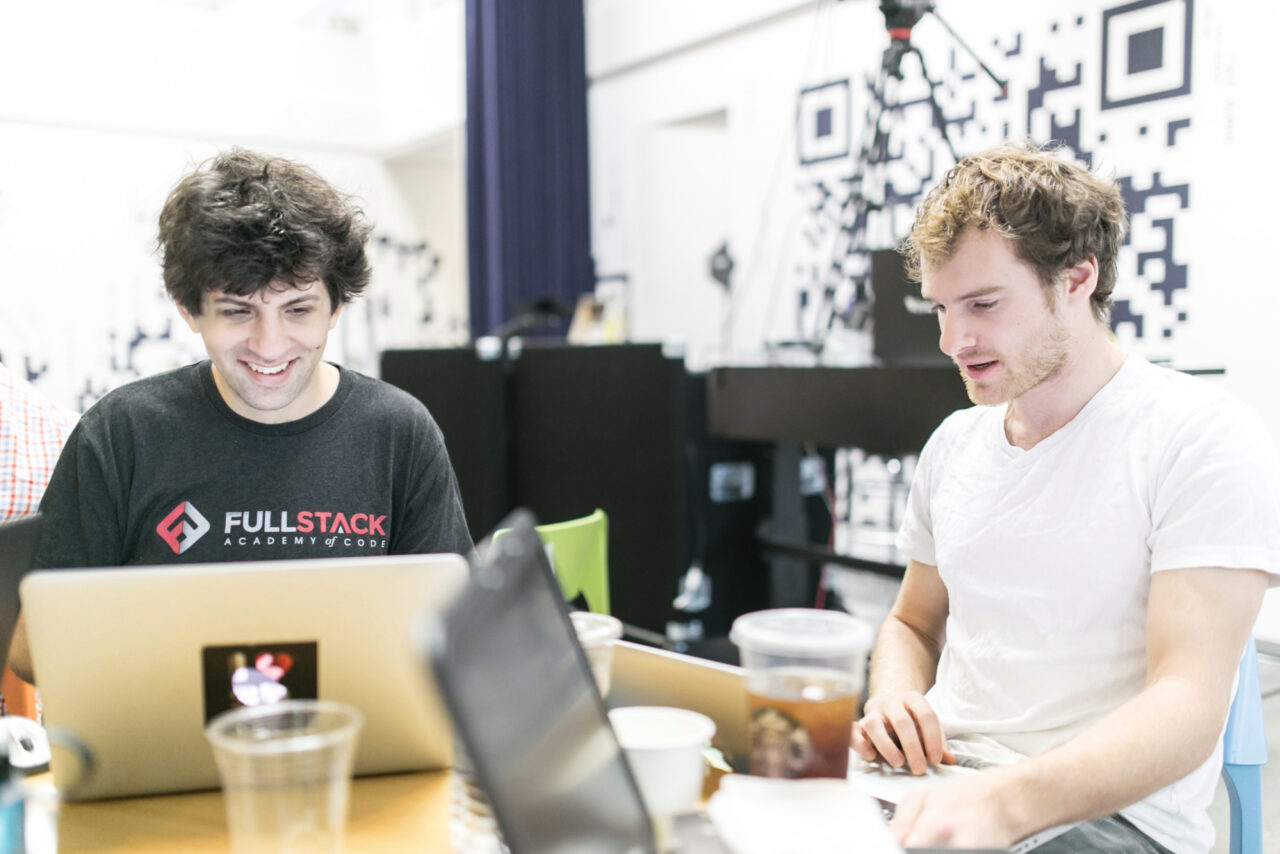 If student Capstone projects are the Oscars, Stackathon projects are the Golden Globes – or maybe the People’s Choice Awards. These projects, created individually or in pairs, offer a bit of a break between the technically challenging “Stackstore” group-projects, and the all-important “Capstones.” Stackathon represents the senior students’ best opportunity to explore new, lesser-known technologies in more casual environment. Many projects draw inspiration from students’ personal interests and hobbies, while others offer exposure to previously unexplored subject areas. All projects utilize technologies that have serious, real-world applications, though a few want nothing more than to spread happiness amongst the Fullstack community.

And despite breadth or ambition, all projects must be completed within less than a week. Code quickly and you will have a finished product to present – code well and you may win one of the coveted “Stackathon Awards!” (Prizes included)

Here is a small sample of what this 1507 cohort’s students have come up with using advanced technologies, creative fury, and limited time!

Working remotely on a programming team has never been easier… Ryan has created a web (and mobile) application that allows coders to work together on the same file from anywhere. Cool features include multiple video-conferencing windows and an intuitive UX design.

If you’re a fan of Jeopardy (who isn’t?) you may remember Watson, the computer that dominated the competition and proved that humans don’t stand a chance against machines. Fullstack student, Cristina, has used a similar, natural-language interpreting technology to create a program that looks outside of itself for answers to some of life’s programming’s hardest questions.

His presentation makes finding your fantasy football players’ statistics look easy, but apparently it involves “a lot of freaking jquery.” Fullstack student, Stephen, describes the ups and downs of his quest to scrape data from ESPN.com and track his fantasy team’s every move.

Fullstack student, Karen, explains how reptiles in captivity are often inadvertently abused due to suboptimal cage conditions. Experimenting with hardware and programming, Karen has created an app that presents real-time readings from an in-cage monitor to let you know if your favorite cold-blooded friend needs some TLC.

Why are so many people on the internet, but it still feels like such a lonely place? Not any more. Students Emily and Chel have created an app that lets you interact with your friends, even if they don’t want to interact with you! On a serious note: this Stackathon project has introduced the world to the first-ever duckface recognition system. Quit duckfacing already – you know your cheekbones aren’t that defined.

Changes to the Flex Immersive Program (2015)