The Many Faces of Fullstack 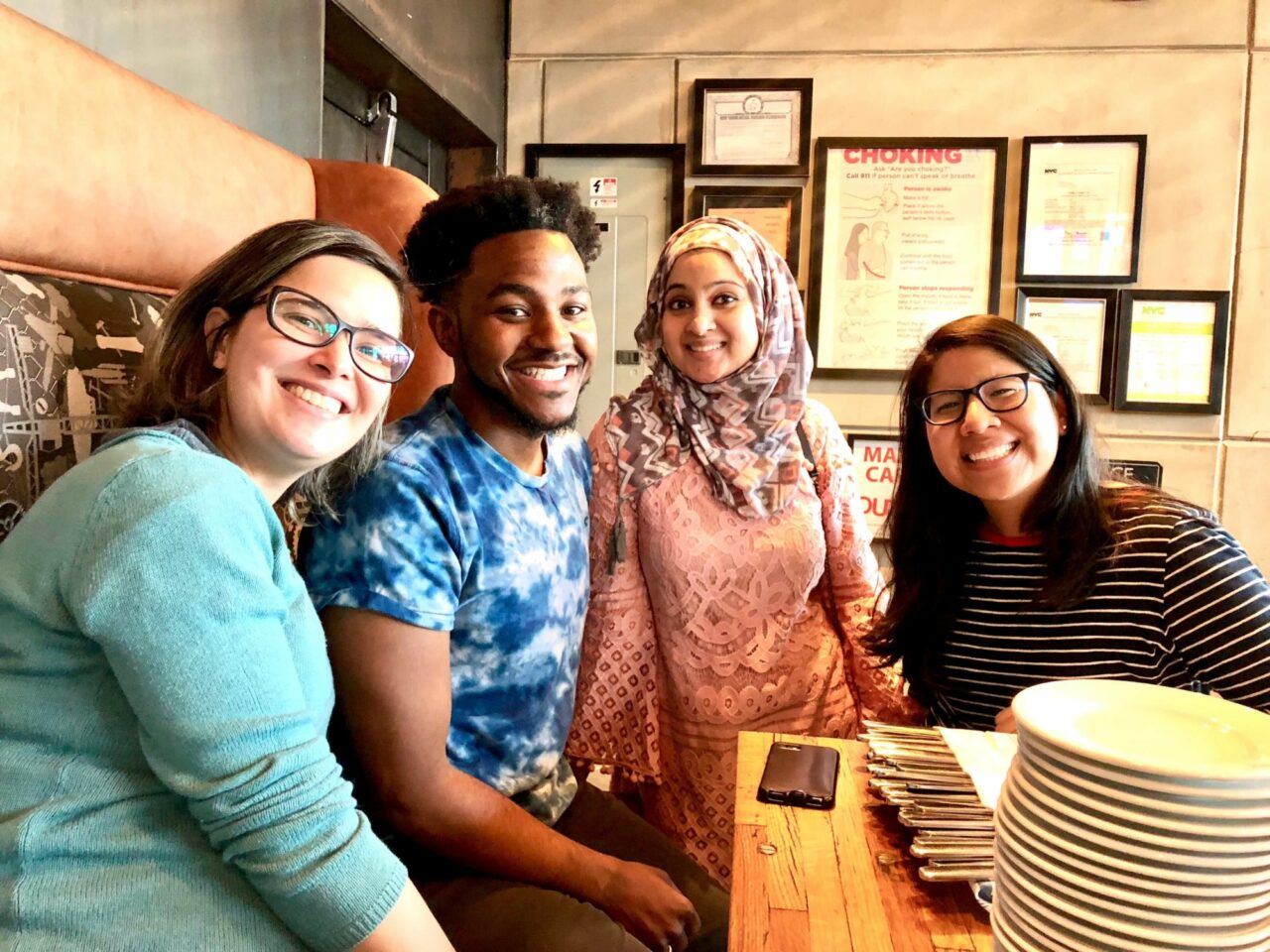 The Many Faces of Fullstack

Over the past few weeks, the team here at Fullstack and Grace Hopper has grown by leaps and bounds, with all sorts of fascinating people taking on all sorts of exciting roles--and since one of our core values is “No assholes,” you can be sure they’re all exactly the kind of people you’d want to spend 10 hours a day with for 13 weeks. So scroll through and meet the phenomenal folks making a difference in the lives of all our developers-to-be.

The New Face of Grace

Not yet familiar with our top-tier women’s program? Michele Cantos, our new Program Director, is here to change that. Grace Hopper Program was founded in 2015 to lower the barriers to entry for women in tech. How are we doing it? Two words: Deferred tuition. That means women train now and don’t pay full tuition until they land full-time, in-field employment. Pretty good, huh?

Before joining Grace Hopper, Michele led education and diversity programming at the Future Leaders Foundation, served on the Leadership Council at New York On Tech, and led women’s events for the Sandbox Network in NY. She has a Master’s in International Relations, a Bachelor’s in Public Relations, and speaks Spanish and Portuguese. If you find yourself trapped in an elevator with her, she will most likely ask you about your favorite books and offer advice on organizing your desk/office (her friends call her the “Latina Marie Kondo”). But seriously: try not to get trapped in an elevator. She’s perfectly happy to share tips in less stressful environments--like on twitter or LinkedIn.

The Short In Our Stack

Originally from upstate New York, renaissance guy Matt Short has degrees in both Theatre and Math, and thus far, he’s accumulated 12 years of teaching experience across Math and Programming. He loves working in the field, but his true calling is mentorship, which is why he’s back at the front of the classroom after a couple years as a software engineer at Google. He’s spent time in Georgia, Tennessee, and Texas, is an avid cyclist, and once went to 28 weddings across 8 different states in 3 years’ time. It was a whirlwind.

The Circle of Life

Sometimes a person will graduate one of our programs and love it so much, they don’t want to leave. So they become a fellow, mentoring new students through their entire 13 weeks on campus. And if they find out they love teaching programming just as much as they love, well, programming programming? Just ask Priti Patel, new instructor at our Chicago campus.

After completing the first-ever cohort of our Grace Hopper Program in New York, she stayed on as a mentor in our Foundations program, then kept in touch with the Grace Hopper network during her time as a software engineer with Datalot. Now, she’s back at Fullstack as an instructor, this time in Chicago, where she’s most excited to work with the women of our new Grace Hopper Track.

Before Fullstack took her down the development road, Priti performed IT audits at an accounting firm, where her frequent interactions with individuals responsible for building and managing applications made her realize she was more interested in creating applications than auditing them. She’s also spent a lot of time helping high school students prepare for the math portion of the SAT, so don’t challenge her to any sort of test-off. She’s definitely going to come out on top.

Though it is true you don’t have to have a math background or even like doing math to become a software developer (we get that question a lot), our new instructor Dakota Blair happens to be a math fiend. He grew up in East Texas taking math tests for fun--yes, you read that right--and eventually got a doctoral degree in the subject. Along the way, he moved to New York, became a software engineer, and started teaching.

He first learned how to program on a graphing calculator, the effects of which linger to this day, and he still finds time to play with code from his computational physics class to find new stable solutions to the Newtonian two fixed centers problem. (He lost us at graphing calculator, but we’re playing Tetris, so it’s fine.) It was his passion for diversity in education that fueled his interest in the Grace Hopper program, and he’s excited to be part of the solution to the diversity and inclusion problems tech faces.

Coming to Fullstack Academy with a background in law and design is Elle Yeung, our new Regulatory Operations Associate (say that three times fast). Armed with an LLB from Queen Mary, University of London, she consulted with edtech companies in New York and Montreal before serving as Director of Student Experience at CodeNow, a non-profit that helps high-schoolers develop both an interest in programming and the skills they need to work in the industry. It was through CodeNow that she had her first interaction with Fullstack: Flooding our inboxes with requests for volunteers. We didn’t hold it against her, though--and good thing, because as it turns out, she was part of a TV pilot about female wrestlers, so there’s no way we would have been strong enough to hold anything against her. Suffice to say: we’re happy to have her on our team.

In fact, we're glad to have all these folks on our team. They bring years of experience and learning, varied skill sets, and many different perspectives, which will help our immersives be even better and more supportive environments for our students and staff. We're so glad this group chose to work with us and so excited for the impact they're already having on our community.

Think you'd like these folks? Then you're going to love the full team of instructors we've put together. Get to know them all here.