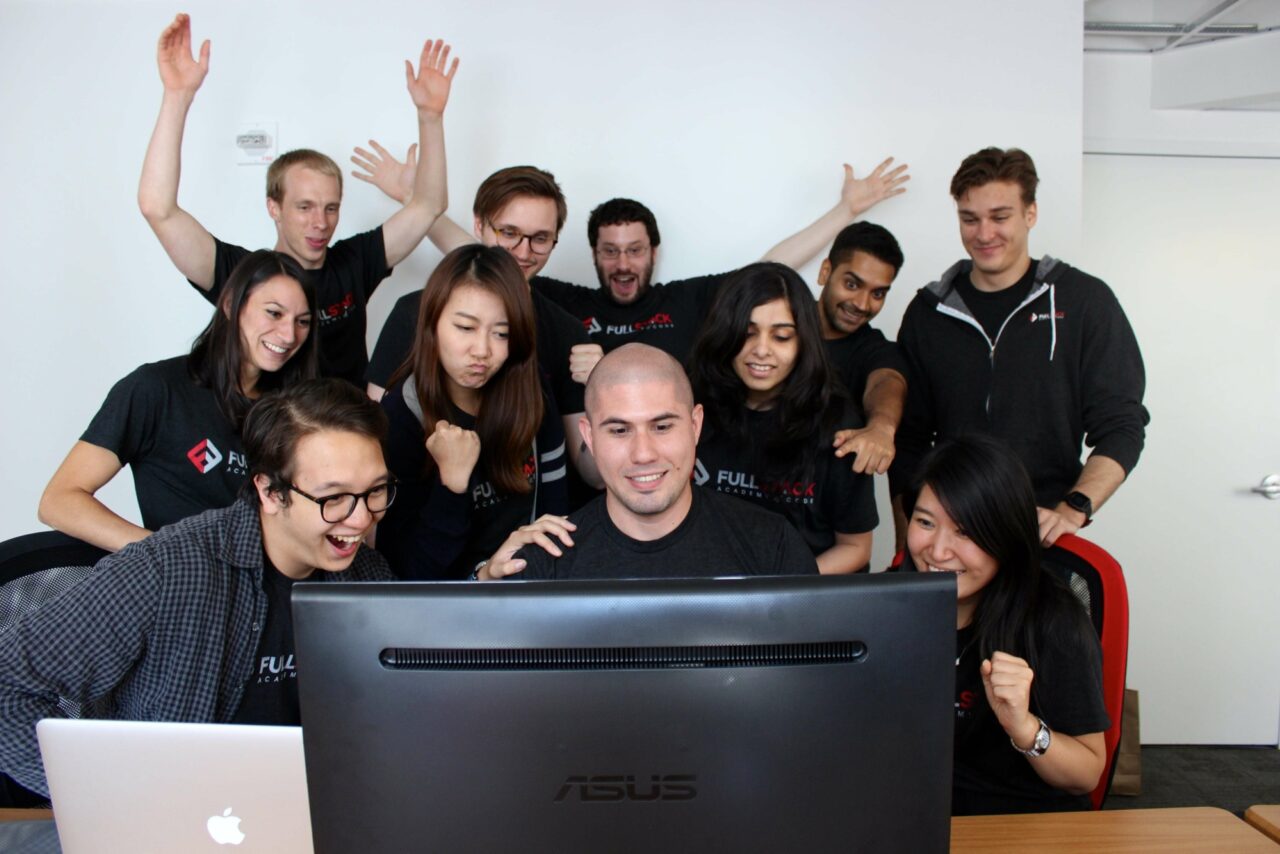 Jorge Olivero, Kyle Dorman, and Julian Pittleman created an application that easily linked up Google Forms and Stripe so that people’s sign up on a form would only go through after payment was processed. An elegant and easy solution to group outings.

We had three teams participate in the New York Times Open Hackathon.

Jeffrey Wilson and Michael Brendan Doughtery brought home the People’s Choice Award for their Project, "Right Wingify the Times.” They built an application that substituted the original language with more conservative language as the scroll bar moved to the right. They pitched it as a way to “reach a more conservative audience.” Needless to say, it illicited a fair amount of laughter from the crowd. Read more about the win here.

A team made up of Julian Pittleman, Wenson Tsai, Eric Abt, and Robert Chang created an application that allowed people to “eat through history” using the New York Public Libraries Menu API. Users could pick different centuries and look at different dishes, and then find where they are served in New York. Chow Chow for dinner, anyone?

Global News was built by Hannah Jane Buchanan as a way to visualize the volume of news coming out of different countries. She used the New York Times article API to gather data in order to make a heat map on a d3 globe.

Kyle Dorman, Jorge Olivero, and Julian Pittleman took home the prize for the Best Use of the ChartIQ API. They built a mapper that showed real time trades of Bitcoins.

Our students are already rocking the hackathon circuit four weeks into class.

Hack Upon a Cause

Jacyln Tsui, Jisan Ziman, and Lauren Ashpole put together a fantastic hack that benefited Wish Upon a Wedding. Their hack involved easy uploads using the Dropbox API and Facebook integration.

Max Giraldo, Luiz Pazmino, Ji Ho (Tom) Koo, and Tong Xiang, won the Best Overall prize at the Data Privacy Legal Hackathon for their “GhostDrop" hack. GhostDrop is Snapchat for documents; users can specify the amount of time another person can view the document (from minutes to month) and after that set time expires the document is destroyed.