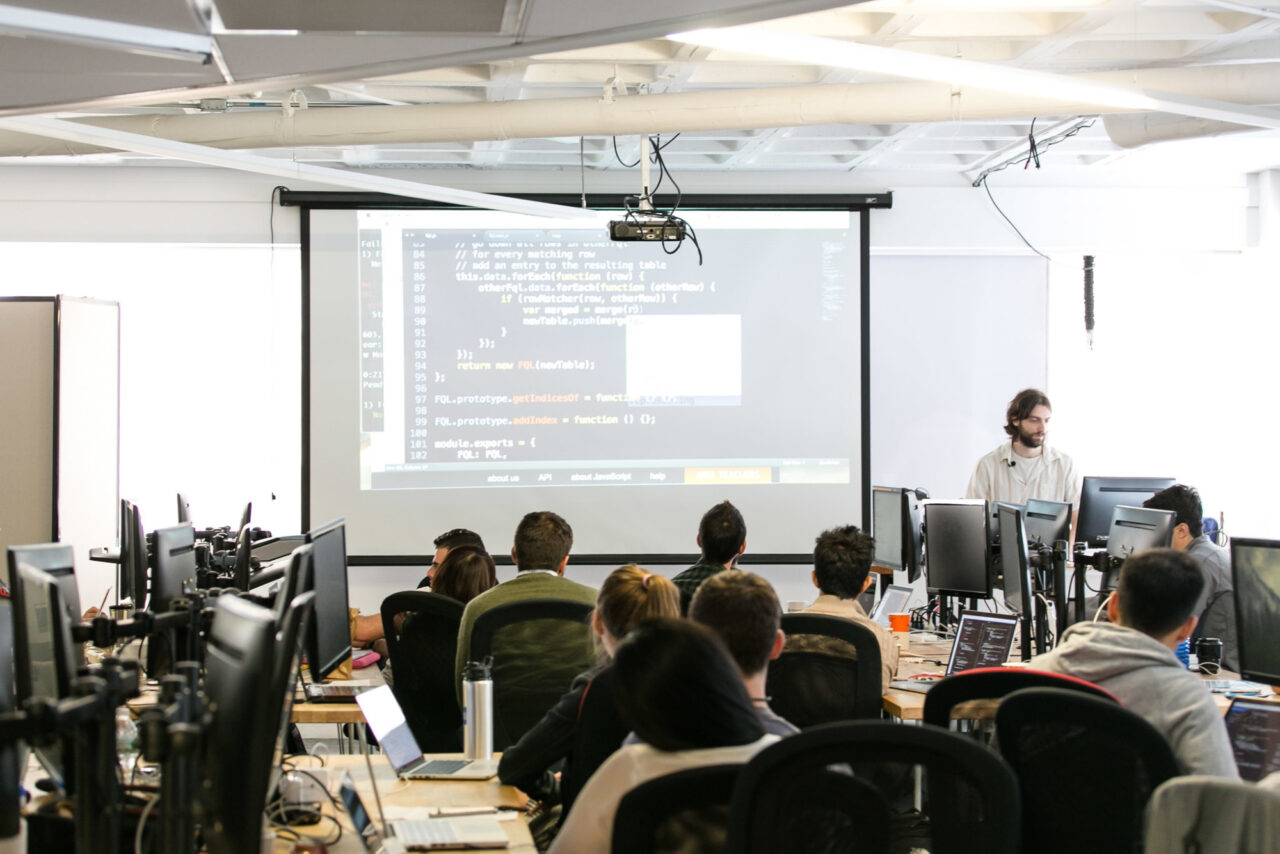 NOTE: When Fullstack Academy first launched, we taught the MEAN stack (that’s Mongo, Express, Angular and Node). Fullstack now teaches the NERDS stack (as of 2016), but for anyone interested in learning more about MongoDB, this is a good primer.

Ease of use for beginners

MongoDB is really easy to get up and running and has well thought-out developer aesthetics. As professionals, this may be less of a concern but at Fullstack Academy we’re always looking for tools that have low “impedance mismatch” for people on their path to web development. MongoDB feels natural for budding JavaScript/web developers and allowed our students to focus on launching rather than learning a new tech stack (SQL/ORMs). (That being said, we also teach the how and why of SQL, including having our students build their own Object-Relational Mapper).

MongoDB and its ecosystem has great answers from start to scale

We had no idea what kind of traffic to expect on the Coder's Bracket site (it ended up exceeding all our expectations), but MongoDB and the Mongo support ecosystem (MongoHQ, MongoLab) allowed us to deploy and scale Coder’s Bracket relatively quickly. Given that the whole site was developed in under a week, we wanted a simple framework for keeping up with whatever traffic came our way.

Data models and ER diagrams are beautiful, but crawling the web is not. For Coder’s Bracket our students built several web crawlers to gather the different data sets we'd need for all the teams (scoring percentage, seed, winning/losing percentages, free throw percentages, etc). Being able to collect and work with JSON objects easily within MongoDB made coordinating that entire crawling effort much simpler. Also, we needed to store the generated brackets in various formats for processing and scoring--MongoDB lets us work with our brackets in the same format as they’re generated by users--making testing client/server side code much simpler.

Our students (and our team!) are really digging Mongo as part of the MEAN stack for this project. It enabled our students to rapidly prototype, build, and launch Coder’s Bracket within an incredibly short time-frame.

Interested in learning more about Fullstack Academy? Join us for an info session or take one of our beginner classes here.

5 Compelling Reasons to Participate in a Hackathon ASAP