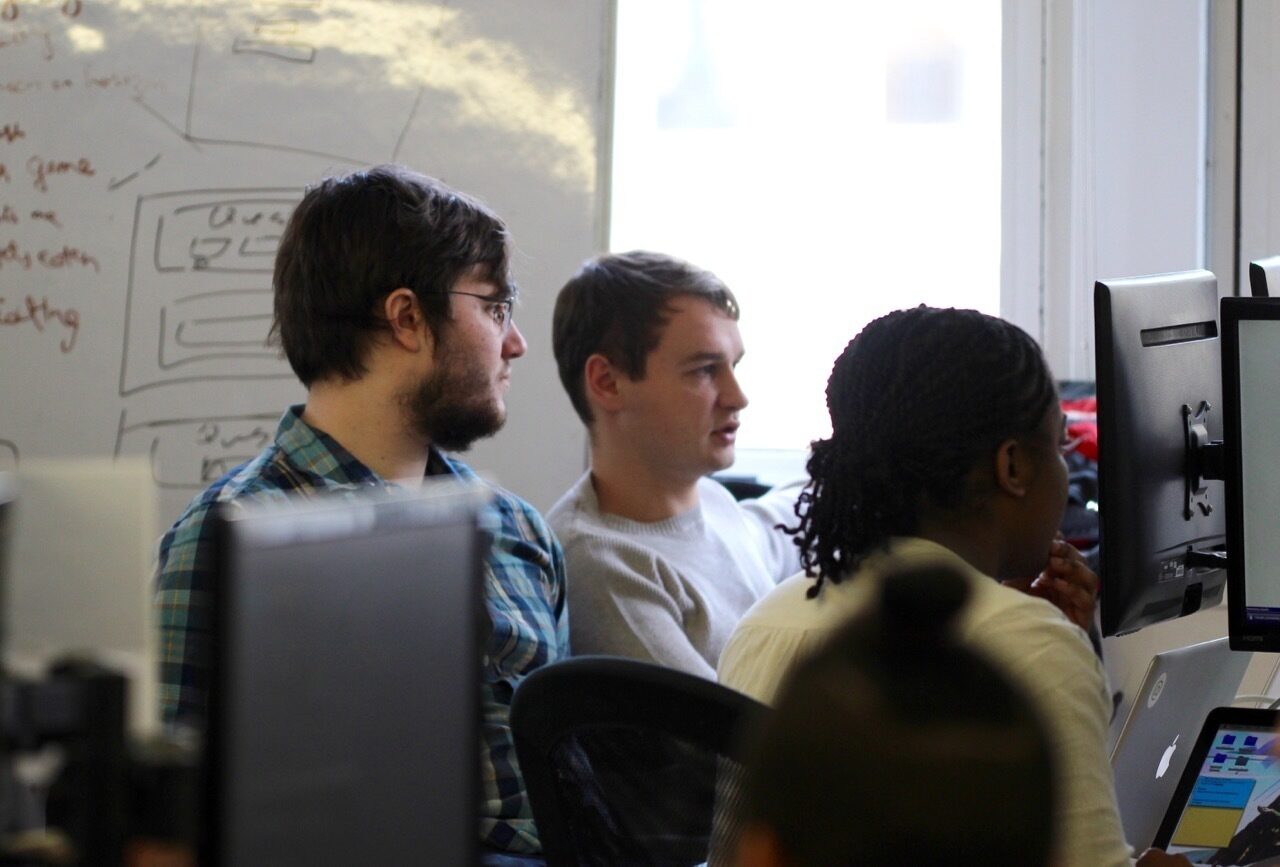 Fullstack’s Flex Immersive is a part-time program that allows you to learn software engineering without having to quit your job. Over 6 months, Flex teaches you Fullstack’s advanced, award-winning curriculum, and gets you ready to be hired as a software developer. Flex grads have gone on to work at top companies like Google and Stack Overflow. These stories are just a sample of the possible career outcomes that await you.

John was a successful entrepreneur and proficient programmer. After studying engineering at Cornell, he worked in IT for over a decade, even starting his own business in software development and IT support. But as the years of being his own boss progressed, the work became too common, and he wanted to reignite his tech career as a member of a vibrant community.

Attending Fullstack gave John the opportunity to learn the most in-demand web development technologies in a rigorous setting alongside like minded peers. In the end, his reinvestment in continued education paid off, and he successfully found himself in an engaging role as a software engineer at Google in NYC.

Ontima successfully climbed the corporate ladder in her career at Morgan Stanley. After graduating with a CS degree from Stanford, she started as a Java developer, eventually becoming a project manager and engineering supervisor. Although her professional life was stable, she took some time off to focus on personal projects and realized she wanted to pivot back to software development, this time in the burgeoning startup scene. After revamping her skills through Fullstack’s Flex Immersive, she was able to relaunch her career as an engineer at Call9, an industry-leading healthcare company that connects physicians with nursing home patients to “reduce unnecessary hospitalizations, promote value-based care, and offer compassionate acute and palliative care programs.”

Alex took introductory CS classes in college, but didn’t realize programming was his passion until after working for a few years as an ad buyer and digital marketing manager at Google in San Francisco. After seeing how products were made and contributing to engineering projects, Alex knew he wanted to make the transition to software developer, but wanted an organized and advanced education. Moving to New York, Alex began the Flex program with the goal of gaining valuable technical and entrepreneurial experience in the industry post-graduation. Devoting himself fully to the Fullstack process, he found an environment comprised of equally motivated peers. Now, Alex is contributing to engineering products as a developer at American Express.

Ian was a successful product manager in the advertising space, but it was his side projects and passions that lead him to coding, first as a useful supplement to his hobbies, but then as a potential career option. Using a Breadth-first approach to his self-education, Ian took classes on Codecademy.com and MIT opencourseware, as well as reading reputable books on Ruby, JavaScript, and Python. Additionally, he took his immersive education to another level by following Hacker News and the tech subreddits to stay abreast of all the latest news in programming/tech industries.

Even before attending Fullstack’s Flex Immersive, Ian was launching small apps on his own after marathon sessions on Stack Overflow -- ironic, since now he works there as a software engineer!

Carolyn was interested in Programming since High School, and she honed her skills as a Cognitive Science major at UC Berkeley. However, it was while working as an email marketer, coding and delivering email campaigns, that she realized her true professional calling.

Always one to be in a growth mindset, Carolyn attended the Flex Immersive to usher in her new career. After graduating, she decided to stay with her original employer, albeit in a more appropriate and lucrative role as a software engineer! Now, nearly two years later, Carolyn has moved on to her second development role post-Fullstack as a software engineer at EdTech company, 2U.

As a Berklee College of Music trained audio engineer and musician, Joel cultivates many talents, but before seeking a career in music, he was taking classes in Java and even self-taught himself C and C++.

Joel enrolled in the Flex Immersive program with the goal of pursuing his longtime passion professionally, while also continuing to maintain his musical ambitions. He wanted to work at a vibrant, cool startup, but also discovered a knack for teaching while enrolled at Fullstack. So before embarking on his tech career, he continued learning and mentoring students at Fullstack as a member of our selective Fellowship program.

Today, Joel has found his ideal role at CraftOps, a tech company making it easier for breweries to do what they do best!

Early Coding School Dev Bootcamp Shuts Down - What Comes Next