Building a Career in Code: How to Respond to an Influx of Offers 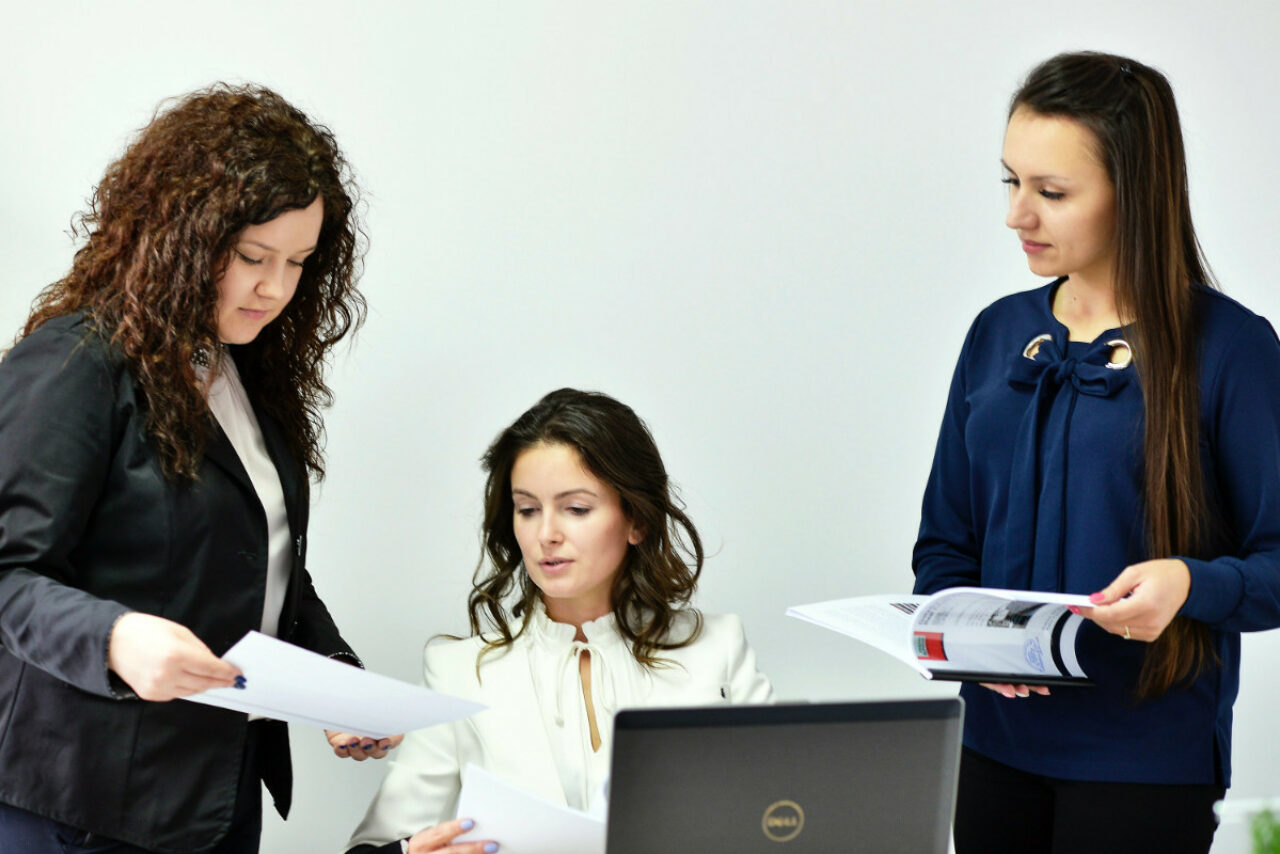 You haven’t looked back since landing your first coding job after graduating bootcamp. The last 12 months have been some of the most exciting in your professional career, and you’ve embraced your new role by creating awesome software while adding to your Github portfolio in your own spare time.

But now recruiters are starting to take notice, and more and more messages are appearing in your LinkedIn inbox. Being presented with so many job opportunities so soon after starting your first role can be overwhelming—but it can also be a huge opportunity.

First of all, you shouldn’t be afraid of switching jobs, even if it’s only been a year. Staying in one role too long is one of the biggest mistakes a developer can make.

Michael Henderson, CTO of Talent Inc. explains the disadvantages: First, you limit your exposure to new techniques and approaches. Tech is a fast-moving world, and you risk being left behind if you stay in one place too long. Second, staying put means you miss out on building a deep, diverse network—and that can be just as important as anything else for furthering your career.

Worried about making those very mistakes? Don’t be. Here’s what you should do when several opportunities knock at once.

Be Open About Salary Expectations

Let’s be honest: Your salary is going to be one of the most important factors when it comes to moving jobs. So an easy way to rule out opportunities is by being upfront about how much you expect to earn. Some people will tell you that keeping your cards close to your chest is the best strategy and that you should make sure you are a good fit before discussing numbers.

But not product manager Herry Lian, who tried following that advice and wasted a lot of time and resources on interviews with companies that couldn’t afford him to begin with. Lian writes that because the coding interview process is so time-consuming, you don’t want to be dedicating time to companies that aren’t a match financially—especially if you already have a job, in which case the incentive to change companies would need to be substantial enough to outweigh the stress of starting again at a new company.

It’s crucial to know your professional worth before responding to opportunities. For quick reference, Course Report found that bootcamp graduates earn, on average, $80,000 in their second jobs and $90,421 in their third jobs. Of course, you’ll want to identify for yourself exactly what a developer in your language and with your experience earns on average before responding seriously to job offers.

Does It Move Your Career Forward?

If the same is true for you, consider how the opportunities in front of you can propel you toward your career goals. Dutch Startup Jobs’s Paul O'Connell points out that you alone are responsible for those goals, and so if you aren't moving up, you should at least be moving sideways into an area that interests you.

The factors that go into accepting your first position after bootcamp are different from the factors that influence the next steps in your career. If you haven’t yet figured out what your dream job looks like, asking yourself the following questions will help you visualize the trajectory your career could take:

Consider, too, how your potential employer views career progression. As Ladders’s Jane Burnett writes, “You don’t want to be employed by a company where promotions are an afterthought.”

So, look beyond each current job opening to what opportunities a company might offer down the line. Ask yourself if the open position will give you the experience you need to get to where you want to go. What about professional development opportunities? Are there other developers around whom you’ll be able to learn from? Is the opportunity in the city or region you want to be in?

Look at the bigger picture and ask yourself how each opportunity can help you move up not just one rung of the ladder but as many as it takes to get to the very top.

Use the Opportunities You Have Been Given

While you want to rule out as many unsuitable opportunities as possible, it may be worth using a some of the less appealing offers as interview practice. This can get you back into the swing of things if you haven’t interviewed since you first left bootcamp.

iOS engineer Andyy Hope, who managed to land his dream job at Facebook, definitely advises against interviewing for your dream job without having several mock or real interviews under your belt. In his experience, nervousness can be overwhelming and is only dulled through experience.

Doing several practice runs also helped Grace Hopper Program alum Sophia Ciocca ace her interviews. But she cautions against waiting too long to start the process with companies that you really care about—especially if they’re tech giants. These organizations tend to have much longer hiring processes than you would anticipate, and you don’t want to have to turn down an offer from a smaller company that you like without already having a firm offer from a company that you love.

When it comes to interviews, the big picture is important.

One of the biggest mistakes that programmer Gwendolyn Faraday says she made when taking her second job was to base her decisions on only the technical aspects of the job. Having found a company that met her requirements and a role in which she could code in her preferred language, Node.js, she thought she was set.

But after just three months, she had mentally checked out. Despite finding what seemed like a perfect opportunity, things turned sour. Why? Because, from her point of view, she neglected the importance of people and processes.

Writing code is only a part of what you have to do as a programmer. You also have to work with colleagues and managers, plan and prioritize work, and do a dozen other things that have nothing to do with writing code.

Faraday recommends asking questions that probe the company’s culture to get a better understanding of what life is really like there. There can always be a discrepancy between what the interviewer says and the reality of the work. That’s why she recommends trying to meet a developer from the company to talk team chemistry. If the team are happy and get along, chances are it’s a good place to work.

Don’t just make a decision based on company size or brand name. Smaller companies by nature will offer more opportunity for development. Having the flexibility to work on different projects and being forced to wear different hats will no doubt make you a more well-rounded developer.

If you’re lucky enough to be presented with several offers, negotiating is key. In fact, it’s key even if you have just one offer.

Developer Haseeb Qureshi writes that negotiation is both a natural and expected part of the process, as well as being a sign of competence. He also notes that you never damage a relationship by negotiating. Case in point: Haseeb extended hundreds of offers in his time hiring coding bootcamp instructors—and only ever rescinded one or two of them in the negotiation process.

When you have two or more offers, you can start to leverage offers against each other to get more of what you want. In many cases, what you want will be more money, but not always. It’s important to remember that there are factors besides money, some of which—like working remotely, having unlimited vacation, or being able to bring your dog to the office—may be more important to you than a higher salary.

But don’t start thinking about any of this before you have both offers in writing, says career coach Jenny Foss. Verbal job offers are not job offers. You can’t leverage your offers or even decide between them if you don’t have them in written form.

So he negotiated. Rather than just accepting the offers at face value, Williams asked his preferred choice for help relocating—and they agreed. This additional perk was enough to swing the balance in favor of that company and make his decision a whole lot easier.

But it won’t always be that easy. Even if you do everything in this guide, there are going to be times when you find it hard to choose between offers.

When that’s the case, Karl Hughes, CTO of The Graide Network, recommends first asking for more time. If two companies have each offered you a job, then they are serious about taking you on. Nine times out of 10, they won’t have a problem with giving you additional time to come to a decision.

Your second coding job is arguably more important than your first, and it can set the tone for the rest of your career, and if a company is rushing you, they probably aren’t the right choice. So breathe and take the time you need to make the right move for the long term.

Can’t imagine getting multiple developer offers? The curriculum at Fullstack Academy and Grace Hopper Program includes career success instruction and one-on-one coaching around optimizing your resume and LinkedIn profile, networking efficiently, learning to interview, and negotiating offers. See how our program helps you get hired, so you can actually use the technical skills you develop here.