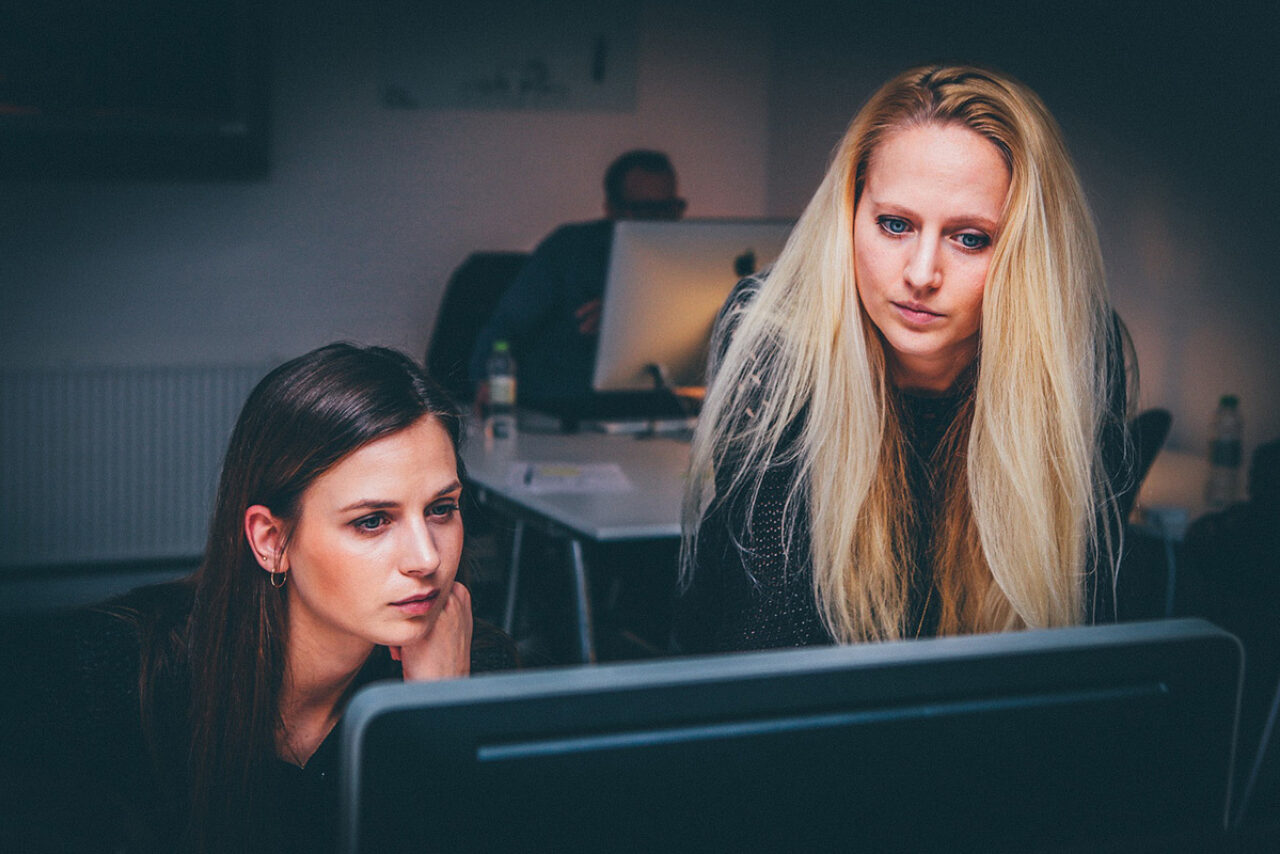 The gender gap in tech isn’t an open-and-shut case. If the reasons for widespread inequality in the tech sector were straightforward and obvious, the problem would be easy to fix and we could task the right people with fixing it.

As it stands now, a lot of accusations have been leveled at tech companies—in particular at the tech executives in charge of growing those companies, implementing their policies, and hiring staff. At first glance, this makes a lot of sense; however, company leadership is only one part of the picture, especially when we’re talking about startups.

In an industry where early-stage funding determines the trajectories of so many companies, shouldn’t we be talking more about the social responsibilities of the people who invest in those companies? How can investors do their part to narrow (and ultimately close) the gender gap in tech?

Ana C. Rold, founder and CEO of Diplomatic Courier, says women receive a sliver of venture capital funding compared to men. Of the 6,198 US companies that received VC funding in 2016, only 359 of those—not even 6 percent—were founded by a woman. Female founders received just $1.46 billion of the $59.66 billion invested in total. That’s only 2.4 percent. Things aren’t changing, either: Female-founded companies raised just 2.2 percent of the total US VC funding in 2018, according to Pitchbook.

Female founders aren’t merely getting less of the pie; they’re finding it harder to get a slice at all. A report by Silicon Valley Bank revealed that almost a quarter (24 percent) of startups with at least one female founder found fundraising extremely challenging. By comparison, only 16 percent of companies with all male founders found it difficult to get funding.

And this issue of inequitable funding has a ripple effect. Fewer women-founded companies receiving much less money means there are just exponentially fewer women than men at the top of the industry, meaning—among other things—that there are fewer role models and mentors for women trying to break into the industry. And as web developer Anna Propas explains, that lack of representation and advocacy translates to a lack of women in tech overall. When young women see people who look like them making strides in STEM fields, Propas says, those young women are more likely to maintain their interest in STEM. Conversely, given the relatively limited number of successful women in technology, girls have fewer women to model themselves on and are likely to seek inspiration elsewhere.

VCs Have a Gender Diversity Problem of Their Own

A 2016 survey by the Venture Capital Association and Deloitte showed that women account for just 11 percent of venture capital investment partners. One year later, in 2017, a study by Crunchbase found that women accounted for just 8 percent of partners among the top 100 VC firms—and what’s more, eight of the firms claiming to have a female partner had just added that female partner for the first time that year, after never before having any women partners.

The lack of gender diversity within VC firms then trickles down: Men at these firms don’t give women opportunities to be successful within the VC firms themselves, so how can we expect those same men to give women the money to successfully run their own companies? This appalling gender bias is a big reason women aren’t funded on equal terms to men, says Francesca Warner, co-founder and CEO of Diversity VC, and it causes a number of issues.

Female founders forced to approach all-male investors can find those encounters far less welcoming than meetings with other women—if they are even able to get a meeting in the first place. Most VCs require a warm introduction through a mutual friend, and when the majority of their contacts are, by design, men, many women simply don’t have access to those connections.

Wharton’s Ethan Mollick agrees that the male-dominated landscape is self-perpetuating. “If you share a gender, ethnicity or social background with someone else, you’re part of the same personal and professional network and are therefore more likely to [want to work together].”

If there were more women VCs, the culture of the tech industry could begin to change from the inside out. "When you get female VCs, you get a female ecosystem, then maybe you can start avoiding the confrontational meetings with aggressive questions in the room and start investing in a completely different way of just listening, and letting a female founder speak on behalf of her company," says Kart Siilats, partner at Mojo Capital.

On the surface, Silicon Valley is at least recognizing the need for change. More than 900 founders and CEOs joined together in 2018 to form Founders for Change, which demands greater inclusivity in the VC industry.

But the tech industry needs to do more. Gené Teare and Ned Desmond at TechCrunch report that there is little evidence to suggest firms with one female partner are more likely to invest in female-founded startups than all-male firms. A lone female investor isn’t enough to drive change—but several female investors can. The same report shows clear evidence that when a VC firm is founded by a woman or has a higher than the 7-12 percent average of female partners (i.e. more than one), that firm’s investment in female-founded startups increases significantly.

VCs Must Overcome Biases and Invest in Gender Diversity

Diversifying the VC world is a step in the right direction but more female VCs won’t close the gender gap entirely or and resolve the many issues associated with a male-dominated tech sector. Stephanie Palmeri, a partner at Uncork Capital, says. “At the end of the day, female founders shouldn’t be constrained to work with only female VCs. If we invested only in people who look like us, we would be in trouble as an industry. That’s really one of the reasons why we are in trouble as an industry.”

Investors as a whole need to intentionally fund companies founded by women, and then promote greater inclusivity in their existing portfolio companies. “What we should focus on ... is diversifying our own networks and providing a platform to people who are under-represented,” says Cass Polzin, editor of Startup Kenosha.

The perspective, then, needs to shift: The gender gap in tech is not a “pipeline” issue—it’s an industry bias issue. One big step in the direction of that shift? Investors becoming aware of their biases.

Take Kristi Zuhlke’s experience with investors, for example: Studies have confirmed that VC’s asking gendered questions of her, but not of her male co-founder, is the norm. Researchers Dana Kanze, Laura Huang, Mark A. Conley and E. Tory Higgins have found that VCs on the whole pose different types of questions to male and female founders. Those questions aren’t always implicitly (or explicitly) inappropriate, but the nature of the questions definitely has financial impacts for founders.

To elaborate: Investors were more likely to ask male founders “promotional” questions, such as “How do you plan to acquire customers?” Conversely, investors asked female founders “preventative” questions, such as “How do you plan to prevent customer loss?” The questions asked of male founders, in other words, were products of an “opportunity” or “growth” mindset, while those asked of women came from a place of skepticism and fear, meaning that while men benefit from other men’s belief in their abilities, women have to fight VCs’ assumptions that women are destined to fail.

Overcoming unconscious bias is hard, but VCs are in a unique position to lead this change. Because they meet entrepreneurs at the very start of their journeys, VCs can dictate the direction of a company to some extent, says Suzanne Biegel [subscription required], founder of Catalyst at Large. “It is at this point that VCs can exert influence, be it by supporting more women entrepreneurs, insisting that companies have gender-equal senior leadership teams, or supporting those that address the needs of women through products and services,” Biegel writes.

Joe Keefe, president and CEO of Pax World Funds, echoes that sentiment. Investors have the ability to say no to all-male boards and can do so each year when companies send their proxies to shareholders. Investors can literally vote to advance gender inclusion. The power is in their hands; they just need to exercise it.

Intentionally funding more women would not only help to close the gender gap, but it would also be a very profitable decision for investors. Zoe Barry notes that women-led tech companies achieve a 25 percent higher return on investment, and bring in 12 percent more revenue than male-founded companies.

Multiple studies back up this idea:

In a world where money talks, investing in more women is the first place for any VC to start. Becky Allen, a research associate for the Women and Foreign Policy program at the Council on Foreign Relations, says the effect of intentional investment in female-owned startups would be two-fold. First, more women would be encouraged to join the field, thanks to an abundance of mentors and founders. Then, those founders could be more sensitive to the needs of women when creating products and services.

We all know that VCs have a tremendous amount of power—but what all of this data proves is that there are lucrative ways they can use that power to close the gender gap in tech. By addressing gender inequality in their own firms and intentionally investing in female founders, they have an opportunity to alter the course and character of the tech industry for good.

Addressing the industry gender gap is going to require all hands on tech. (See what we did there?) We’ve done research into the roles both tech executives and organizations can play in gender diversification—take a look, and consider what you can do to help solve this problem.