A Night of Noms and Networking for Grace Hopper Chicago 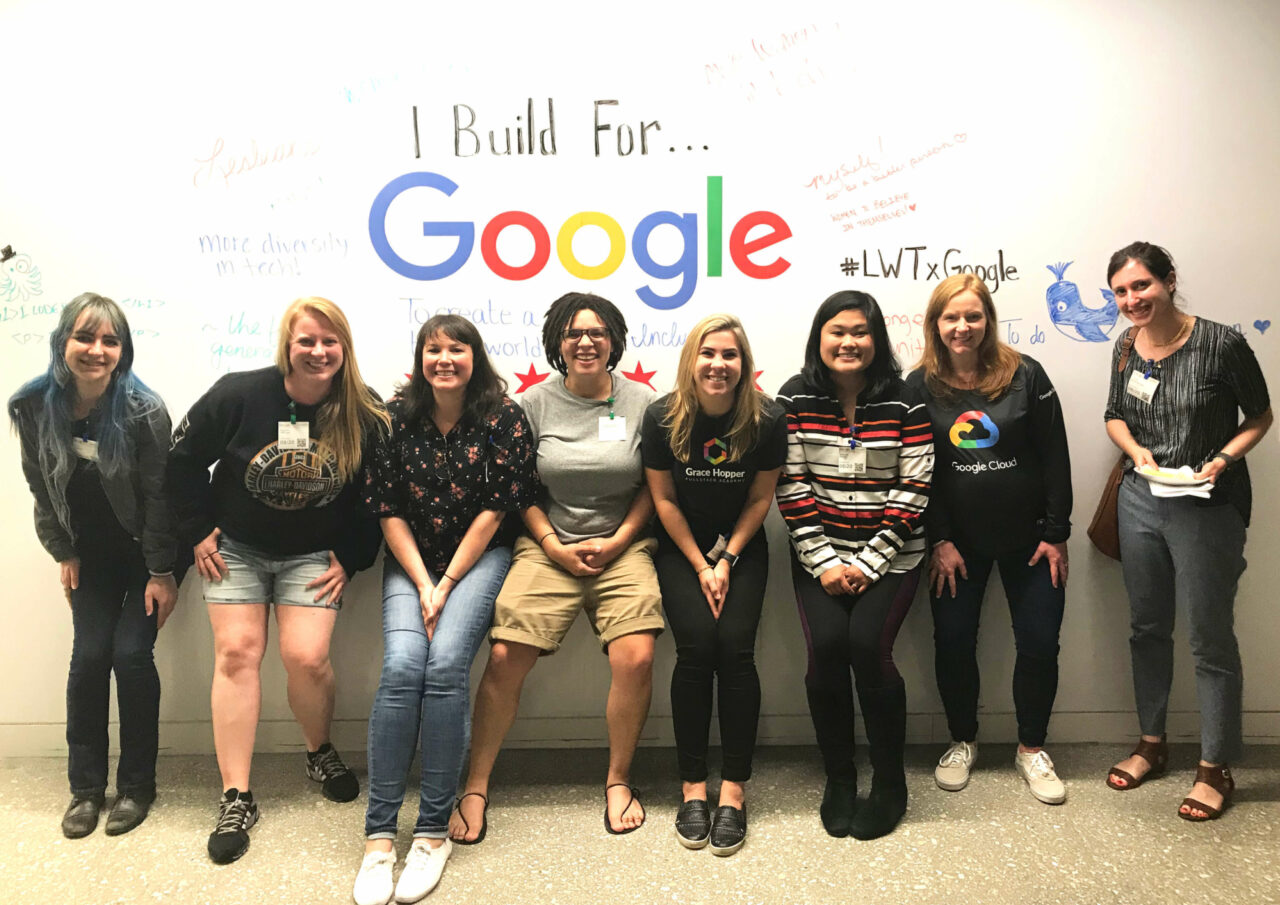 This summer, a group from the Grace Hopper Track at Fullstack Academy’s Chicago campus attended a networking event co-hosted by Google and Lesbians Who Tech + Allies. Our contingency included a mix of students, fellows, and Grace Hopper Track staff who are all keen on supporting diversity-related enterprises within the Chicago tech community.

The Lowdown on this Event

Let’s discuss the most important order of business first: The food was next-level. (And free.) Seriously—we’ve heard from alums that the sublime menu selections might just be the best part of working at Google, and we can now confirm these rumors. Apparently, the path to maximizing a programmer’s job satisfaction is through her stomach!

When we weren’t stuffing our faces, we networked, learned about jobs at Google, and discovered high-impact projects happening across the city’s tech landscape. The Google staffers we met were warm, open, and inviting. Best of all, attendees shared their personal reasons for getting involved in the tech community, which served as a spirited reminder that we’re all in this together.

Keynote speakers included Angelica Coleman, the Director of Community for Lesbians Who Tech + Allies, and Lilah Jones, Cloud Platform Account Executive. Panel discussions featured a range of women from within the industry. Overall, this event fostered fellowship, sharing, and a feeling of inclusion.

Feeding the Hand that Feeds Us

Attending functions like this is important for a few reasons:

A Reminder to Aim High

One of the most important ideas we grappled with over the course of the evening was that while women generally apply only to jobs they feel 100% qualified for, men generally feel comfortable applying for a job even if they meet only 50% of the requirements.

Effectively what this means is that more women remove themselves from the hiring process before that process has even begun, leaving a pipeline full of men along a wide range of qualifications. Those men are at least getting their feet in the door; they have more chances to form industry connections; and they may even win the job based on an adjacent skill set or even purely on the confidence that they demonstrate.

Women are taking themselves out of the running for those opportunities—due in large part to a society that overwhelmingly characterizes male applicants who set their sights above their abilities as “ballsy” or “ambitious,” while regarding female applicants who do the same as time-wasters.

But good news: One of our fellows walked away feeling like she could absolutely apply to Google.

So next time you’re feeling half-qualified for something, think like a man. Remember: You miss all of the shots you don’t take. Stretch yourself and try for the things that seem out of your league, and you may be surprised by the end result.

The Future is Female

We’d love to see more women-centric events in the city and beyond, as well as get-togethers focused on other marginalized communities. We’re particularly excited about the Lesbians Who Tech + Allies New York Leadership Summit that happened just this month and the support it received nationwide.

And let the record reflect—we’ll never turn down an opportunity to eat amazing food. Thanks for inviting us, Google and Lesbians Who Tech + Allies! We hope to see you again soon!

The Grace Hopper Track at Fullstack Chicago is one of two women-only programs under the Fullstack Academy umbrella. Our students choose us for a myriad of reasons—Jamie and Katy enrolled because they knew how hard being a woman in tech would be, and they wanted to start from a place of support. We hope their stories serve to remind you that you’re not alone.