How to Get a High-Paying Job as a Software Engineer 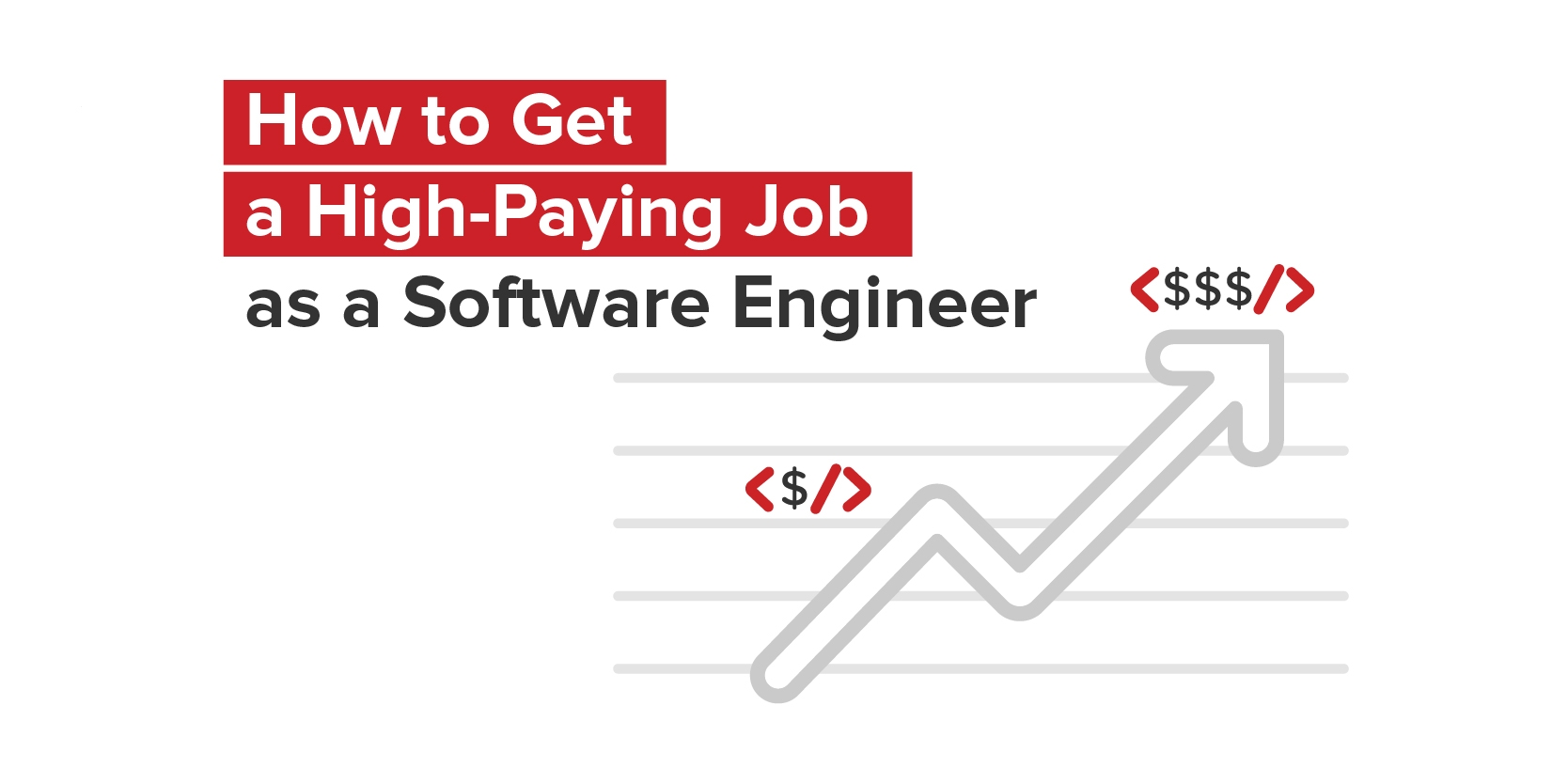 In today’s world of information technology, any business without the necessary software applications to connect with their customers and partners will soon be irrelevant, which is why software engineering and other tech-related jobs are promising career paths for the foreseeable future. There are many job titles that fall into the category of information technology including software engineer, UX/UI designer, data scientist, and more. If you are considering a career as a software developer or engineer, we’re here to help. This article will go over:

It goes without saying that developing computer software is a technical profession. If you’re pursuing a computer science job, you’ll need to have an aptitude for math and statistics, problem-solving, and the ability to clearly communicate complex technical problems to both technical and non-technical colleagues. If you can master these core skills, you are ready to explore a more specific career path in the field.

Depending on your specific employer and job title, you’ll need to develop your own niche expertise to execute your position effectively. Let’s go over three of the most common jobs for people in the computer science field and the skills you need for each.

Front-end developers work closely with both back-end developers on the one hand and designers on the other. They transform the information from the server into a useful, easy-to-navigate experience for the end user. The programming toolbox of front-end devs consists of JavaScript, CSS, and HTML.

A systems analyst job is typically not an entry-level position. The role requires a depth of knowledge of hardware, software, and the needs of a business’s key stakeholders. A computer systems analyst must have strong communication skills—they work across teams and must balance the needs of the dev team with the priorities articulated by the decision makers.

Data scientists analyze user information, looking for patterns and insights that will improve both the user experience and the company’s overall value proposition. Data scientists query the database and develop systems that allow the business to easily track key metrics and launch new experiments accordingly.

Due to cost and the rate of change and innovation in the field, many aspiring software engineers and IT professionals are opting for a combination of self-learning and coding bootcamps. Coding bootcamps are appealing for young professionals and career changers. They offer a curriculum flexible enough to stay on the cutting edge of technology and teach not only technical skills, but portfolio building and job search training.

Given this new educational model and how effective coding bootcamps have proven since their inception around 2012, big tech companies have broadened their nets to include not only candidates with technical master’s degrees but also bootcamp grads.

In an ideal world, your salary grows with your experience. According to Payscale, the average salary for a junior software engineer in the US is $64,419. It generally takes five to 10 years of experience in the IT industry for junior developers to be promoted to senior software engineer positions. Senior developers have an average base salary of $99,935, with benefits and bonuses that can bring total compensation closer to $130,000 annually.

It’s worth noting, however, that salary growth is not distributed equally among tech’s employees, with women and people of color growing both less overall and at a slower rate than white men. In an effort to address this inequity and to promote diversity and inclusion in tech, Fullstack Academy works with all students to instill effective salary negotiation practices.

A software architect typically works for a large software development agency and oversees software projects custom-designed for clients. They are trusted to design and enforce coding standards, control the budget of a project, and deliver bug-free software. The salary range for a software architect is $87k to $162k. Notable employers of software architects include Intel and IBM.

Information technology consultants either run their own businesses or work at agencies that accept clients. They are hired to advise organizations on their IT systems, including hardware needs, software projects, system updates, data breaches, and more. Their job can also include pitching the best software systems to senior managers and training staff to use new systems. Information technology consultants have a wide salary range of $50k to $121k. Booz, Allen and Hamilton, Accenture, and Deloitte are among the top contractors of IT consultants.

When it comes to compensation, location matters. To determine take-home pay, it’s important to consider not only salary but also cost of living, taxes, and rent or housing costs in your locality. According to data from Sokanu, the five states paying the highest annual salary to software engineers are Washington, California, Alaska, New York, and D.C.

Seattle is becoming one of the biggest tech hubs in the country—Amazon and Microsoft have headquarters here. Industry leaders like this drive up the salaries around the state and make for a more competitive job market.

The Golden State encompasses the San Francisco Bay Area and Silicon Valley, which is considered the cradle of innovation and the greatest tech hub in the world. The region consists of both startups and industry giants like Google, who compete for the best talent and offer the best salaries.

The fishing industry, petroleum industry, robust tourism, and a sizable military presence mean Alaska needs plenty of software and the developers to create it. As a sparsely populated state without a strong IT talent pipeline from universities, companies offer competitive salaries to draw qualified software engineers.

New York City is the largest finance and business center in world. With a growing startup scene and tristate transit, commerce, and logistics industries, there are plenty of well-compensated software engineering opportunities in the New York area.

Washington, D.C., is the epicenter of government-related tech, military contractors, and national and international nonprofit organizations. D.C. also has a growing cybersecurity ecosystem. These forces combine to make the software engineer job market quite competitive.

The prerequisite to landing the job you want in your desired city is a grasp of computer science basics and expertise in one or more programming languages. You need to continually challenge yourself to be up to date on industry trends, build up your software developer portfolio, and network with people in your field.

Here are some additional resources that you may find useful in your quest to become a mover and shaker in the IT field:

Still not sure how to land the role you want? Check out hiring outcomes from Fullstack Academy graduates and see if a coding bootcamp can help you get there.

How to Pass the Fullstack Academy Admissions Assessment

2020 Grace Hopper Celebration: What We Learned