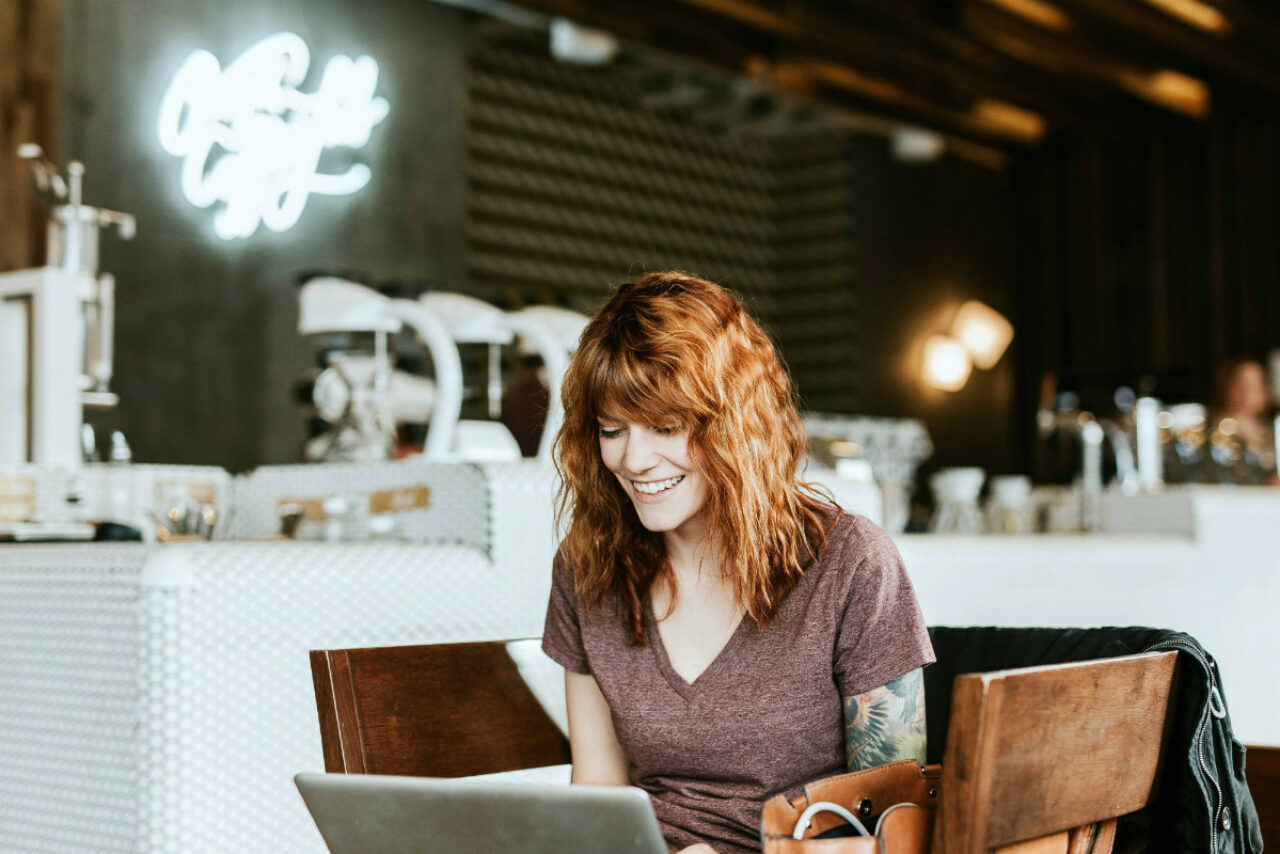 The average worker can expect to change jobs 10-15 times over the course of their working life. If you feel stuck, unfulfilled, or underwhelmed by your current opportunities, a career in coding could offer precisely the change you need. It’s tough, challenging work, but it’s also creative and often incredibly meaningful.

It doesn’t matter how old you are, what job you work now, or what you learned in college. You can absolutely learn the skills you need to succeed in software development. Below, four developers who have successfully made the transition offer advice to get you started on your journey.

For a long time, JT Wang believed she’d discovered coding only after graduating college. But the more she thought about it, the more she realized she had been exposed to coding throughout her entire life—first through AOL Instant Messenger (AIM), where she coded her own customized profile, and then again on Myspace. During college, Wang had learned to code Excel macros, and after graduating, taught herself SQL just so she could be better at her job as a management consultant.

In fact, Wang says though she was hell-bent on not following her parents into the STEM field, when she reflected on her life, it was obvious that code was calling to her.

During a time when Wang felt “hyper-disconnected” from herself and her career, she remembered all of her teenage coding experiences and decided to take steps to attend bootcamp in order to pursue coding as a new career.

It wasn’t so much a leap of faith as a calculated risk at that point. Worst-case scenario, she’d better understand tech at a time when it was becoming ubiquitous in her own field. Best case, she’d build a new career she loved.

Not just any bootcamp would do, however. Having spoken to a friend who had previously gone through the process, Wang had very strict criteria when it came to choosing a place to study:

Wang’s strict criteria seriously narrowed the number of potential options, and “the stars aligned” when she decided on the Software Engineering Immersive at Fullstack Academy’s Chicago campus. And her decision paid off: Not five months after graduating from Fullstack Academy, Wang landed a role as a software engineer at Credit Nova in San Francisco.

Daniel K. Hunter: Begin with the End in Mind

Changing careers is hard, especially when you have to hold down a 9-to-5 while you pursue your new path. Yet that is exactly what Daniel K. Hunter managed to do.

Hunter breaks the mold of the archetypal developer in pretty much every way. He flunked virtually every math class in high school. He studied musical composition in college but didn’t graduate. Later, he taught himself to code while holding down a full-time job in the music industry.

Hunter believes one of the big reasons he succeeded was that he began with an end goal in mind. By defining why he wanted to make a change, he kept himself motivated, even when the work got especially challenging.

For Hunter, a coding education was about improving his financial situation and building solutions to his current problems. These desires were the driving forces that propelled Hunter to get up at 6 a.m., code for two hours before work, then come home after work and code for four more hours, and after all that to still spend 10 hours coding on the weekends. Whew!

It took Hunter a total of 10 months and 1400 hours of coding to change his career—and, by extension, his life. In August of 2015, he landed an apprentice developer position at Blackfynn that quickly turned into a full-time front-end engineer position, a role he still enjoys today. And Hunter is now giving back to the community that gave to him. Together with Maryann Roth, he hosts Free Code Camp Philly, a meetup and study group for people teaching themselves to code.

It’s important to note, however, that learning to code while working full time isn’t feasible for everyone—and no matter your situation, you must make time to take care of yourself. Joe Warren, another bootcamp graduate, advises all students to pace themselves. “There will always be more work to do, but it’s extremely important to get enough rest throughout the process,” Warren says. “Also, if you exercise regularly, it’s definitely a good idea to keep that going too. Your brain, body, and code will thank you later.”

A professional dancer for more than 10 years, Kevin Ho was living his dream. But a dance career can have a relatively short shelf life, and the older he got, the more he knew he needed to make a proactive career change.

So, Ho retired from dancing in 2015, and began exploring new paths. First he tried digital marketing, but it wasn’t the right fit. Instead, he found himself being pulled into the tech industry. His dad had been a developer at Oracle, and Ho had learned C++ and Java in his youth. He had even taken AP computer science in high school.

After a period of reassessment, Ho made two big decisions. One: He would dive into the world of tech and programming. Two: He would first re-educate himself to ensure he would have the skills to be successful on the job market.

Ultimately, Ho chose to attend Fullstack Academy’s Software Engineering Immersive in New York City. Time was a big factor: He couldn’t afford to spend years away from work, and he worked out that he could learn exactly what he needed in a bootcamp for the same price as (or even less than) a single semester of college.

Ho was drawn to Fullstack Academy by the community and the people. He felt, on his first visit, that instructors “were there to teach and didn’t have big egos.” Even the people on the admissions team “were helpful and genuinely excited” about Ho’s joining the program.

And that community support only grew once Ho actually entered the program. He says the Career Success staff, in particular, were a big part of his support network. And instructors went above and beyond to make themselves accessible outside of class time, he reports. One instructor even leveraged his personal network to connect Ho with a company he was interested in.

Other students have reported a similar feeling of community at bootcamp. For Mario Hoyos, it was the other students who provided that much-needed support. “Going to a bootcamp is a guaranteed way to meet some of the most interesting people you will ever meet. I feel like there is a stereotype that people join bootcamps because they were lost or had no alternative, but this simply could not be further from the truth. Many of the people that I have had the pleasure of meeting during my experience would have been considered ‘successful’ by most in their prior life.”

For Kevin Ho, Fullstack turned out to be everything he imagined. In fact, he enjoyed the experience so much he stayed on as a teaching fellow for an additional three months. His advice to aspiring developers? “Be patient with yourself.” You aren’t just changing careers. You’re changing how your brain works. You need to give your brain time to adapt to that change, and you have to have faith that it eventually will.

It’s not often that a bit of small talk changes someone’s life, but that’s what happened to Jonathan Ahn.

During a brief chat with one of his piano students about viable career paths, the student recommended Ahn take a look at programming. The student, a bootcamp graduate who now worked as a software developer, gave Ahn a list of bootcamps to look in to, just in case.

At their next lesson, the pair agreed to a skill-share plan: Ahn would keep teaching the student piano if the student would teach Ahn to code. Together, the pair focused first on Ruby and then on JavaScript. Eventually, Ahn was confident enough to apply to two bootcamps: Fullstack Academy’s Web Development Fellowship (WDF) and another bootcamp that taught app development.

Ahn found both admissions assessments incredibly challenging. In each instance, he was only able to answer one question in three. He was sure the dream was over.

A few days later, Ahn received two letters. The first was an acceptance letter from the app-based bootcamp. The second was an acceptance from Fullstack. A week after that, Ahn gave his last piano lesson. He had decided on Fullstack Academy and was ready to make the leap to professional programmer.

Ahn says his experience with the admissions assessments taught him never to give up. And he brought that same attitude to his job search process. While consistently sending out dozens of job applications, Ahn challenged himself to keep learning and growing, and managed to add Python to his repertoire of proficiencies by continuing to code 8 - 12 hours a day.

In total, it took Ahn just nine months to go from knowing absolutely nothing about code to being a professional software engineer at Unified. As Ahn says: “You can do anything if you want it bad enough and put your mind to it. You’ll be unstoppable.” He had help along the way, of course, from a generous piano student and the City of New York’s empowering WDF initiative--and that combination of opportunity and hard work landed him exactly where he wanted to be.

Each of these developers has a different story, but there’s a common thread running through them all—taking a leap of faith and putting in the work to make it pay off. What will your story be? Fullstack Academy graduates competitive professional developers ready to embark on the careers they’ve always wanted. Browse our programs here to learn more.

15 Developers to Follow If You Want to Work in Media