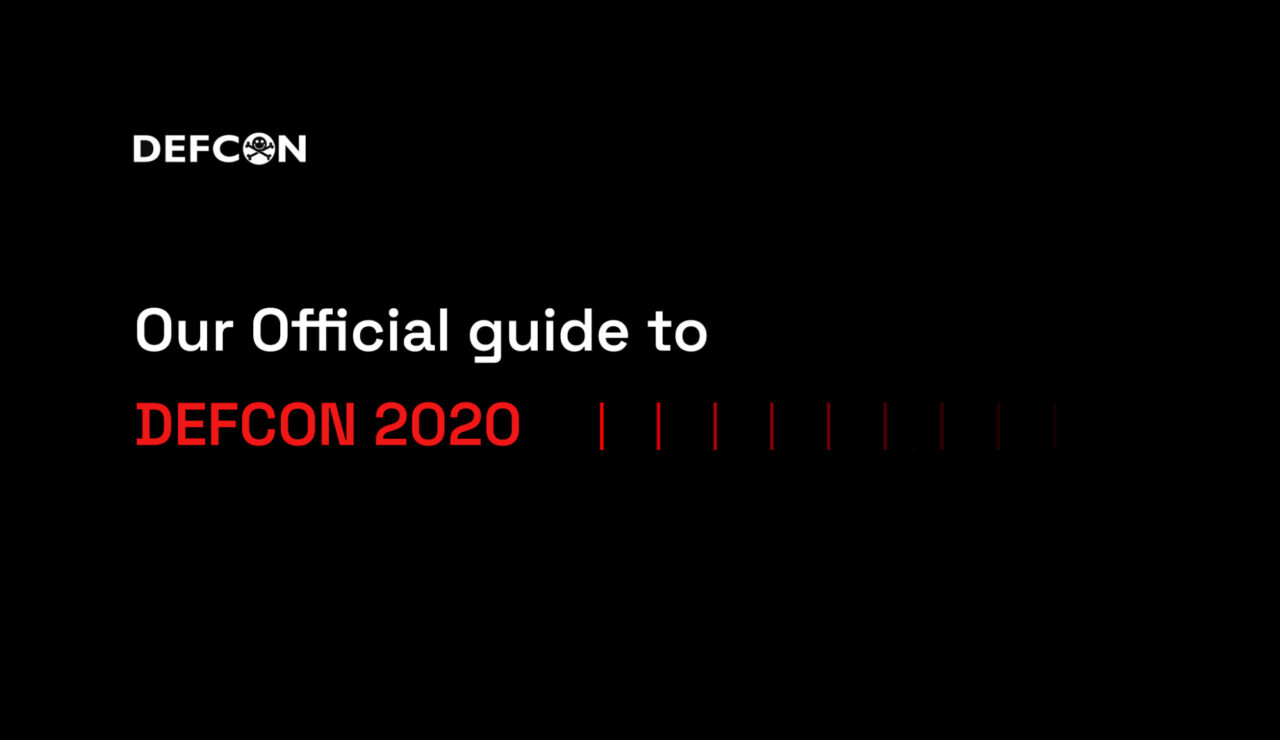 For years, cyber newbies were told DEF CON—one of the largest and most popular cybersecurity conferences around—would be cancelled, thanks to a longstanding inside joke among die-hard attendees. But this year DEF CON actually is cancelled...sort of.

The massive event usually takes place in Las Vegas in August, forcing attendees to suffer through average highs of 104°F. Due to COVID, the event is going online this year. Attendees will miss out on the in-person fun responsible for it being nicknamed “Hacker Summer Camp,” but there’s a plus side.

This highly-influential conference is now more accessible than ever. For the first time, you can watch the amazing cyber talks from DEF CON streamed from anywhere. You’ll be able to access the streaming links starting Thursday, by going to the DEF CON Discord server (which is where the virtual conference is taking place). If you want to get more detail about the conference before that, then you can go to the DEF CON forums, which are open now.

Like always, there are a ton of amazing talks to check out. To help you narrow down your list, I’m sharing my top picks so you can plan your day-by-day guide now.

Why watch? The social engineering Capture The Flag competition at DEF CON is pretty legendary. Every year, people queue for hours to try and get a coveted seat in the audience, to watch live social engineering take place in front of about 1,000 people. DEF CON has a strict no-camera policy for the SECTF, because real people are being social engineered over the phone and DEF CON needs to stay in compliance with related laws about this. So you probably won’t find any pictures or video of this event anywhere on the interwebs...which makes me super curious about if/how they’ll livestream the event this year during COVID. I guess we’ll find out on August 6th! Make sure to check the Discord server to see what happens...if you get a chance to see SECTF, it will blow your mind.

About the contest: The SECTF is social engineering’s premier contest in which selected participants are tasked and judged on legally obtaining information, known as flags, about specified corporate targets in two parts. First, participants prepare and submit reports detailing flags they discovered through open-source intelligence (OSINT) gathering in the weeks leading up to the competition. Second, on the SEVillage’s main stage, participants are provided 20 minutes to call the target companies in real-time from a live-streamed sound-proof call box, and attempt to obtain those same flags they found via OSINT.

10am From Barista to Cyber Security Pro, Breaking the Entry Level Barrier

Why watch? One of the most frustrating things in infosec is the hiring pipeline for people entering the field. Organizations will often post job openings for entry level positions that require 3-5 years of experience, which is of course impossible. Some of us are working with industry and government to try and solve this issue, but none more passionately than respected hacker Alyssa Miller. That’s why I’m looking forward to Alysssa’s talk, which is one of the most highly-anticipated talks at DEF CON’s new Career Hacking Village.

About the talk: If you're looking to break into an #infosec career but you need help with landing that first gig, be sure to check out my session at the @defcon @HackingCareer Village. I'll be drawing from my own research, presenting some surprising results and sharing strategies you can use.

2:15pm The Art of Balancing: A Burnout Talk

Why watch? Mental health is a concern for many people during COVID, but it’s a particularly important issue in infosec. Maybe it’s because of the nature of our work, which can seem overwhelming at times and can be pretty intense in nature. That’s why we talk about it quite a bit, on Twitter and at conferences. So I’m looking forward to this talk, which should shed some new light on this important issue.

About the talk: Mental health is an ongoing issue within infosec before and during COVID-19. There's a fine balance between hacking and personal life. Majority of the time, they cross over. This talk shares an overview of the warning signs, symptoms, and practices to prevent burnout and how to deal with burnout to keep balanced.

Why watch? Daniel Meissler is an influential security researcher, author and host of the Unsupervised Learning podcast. The academics team at Fullstack Cyber Bootcamp are huge fans of his work, and we quote his writing and research often. I try to see any talk that Daniel is giving—including this one.

About the talk: There are a million techniques out there for finding new attack surface and finding potential vulnerabilities; the problem is finding the time to run your entire methodology against all your targets. This talk will take you through finding new attack surface, performing multiple types of tests against those targets, and sending real-time alerts---all on a continuous basis using automation from a cloud-based Linux host.

12:45pm The Student Roadmap to Becoming A Penetration Tester

Jonathan Helmus, Security engineer and educator who has been working in engineering, security, and information technology for 10 years

Why watch? We train quite a few students how to become pen testers (and how to earn their OSCP) so it will be interesting to see another POV on the best way to get started in this career.

About the talk: This presentation will go through various steps on how students can bridge the gap between academia and becoming a penetration tester. This will include a breakdown of certifications to get, career fields to take on before getting in the industry, what to expect, and speed bumps and road blocks that students can expect to see in their journey.

Why watch? People in infosec talk a lot about the coming world of AI and automation, and if we’ll get automated out of a job (not anytime soon, IMO). And people often talk about automating red team attacks in particular, so I’m curious to see this talk, which will present some new research in this area.

About the talk: Red Team activities are undoubtedly one of the fastest developing solutions against the cyber attacks of today. In this talk, we'll take a look at our work on an open-source proactive machine learning powered automation tool that performs red team simulations.

Why watch? DEF CON ain’t your usual conference, as evidenced by the fact that this talk will take place at 1 AM! The talk will focus on work that’s done in Security Operations Centers (SOC’s), which are at the center of many organizations’ security efforts. SOC’s usually run a mix of expensive proprietary tools, like Splunk, but we’re starting to see open source tools being used more often in the SOC. In this talk, we’ll be able to see the latest research going into a tool called PatrOwl, which is a free open source platform for automating SOCs.

About the talk: A company, regardless of its size and market power, may go out of business or lose a lot of value because of a security incident on its information system. The number of vulnerabilities and the interest of cyber-attackers is only increasing. With the advent of the monetization of botnet cyber attacks or the installation of crypto-miners for example, the threats are going more varied and intensified, but less targeted. The vast majority of companies are digital and increasingly exposed on the Internet. The level of cyber exposure is also higher. The ""Cyber"" risk has become vital...

If you want to roll up your sleeves and get in on the major league hacking action at DEF CON, then you might want to check out these Capture The Flag competitions -- which are both new to DEF CON this year and look pretty cool:

The Benefits of Learning Cybersecurity Remotely