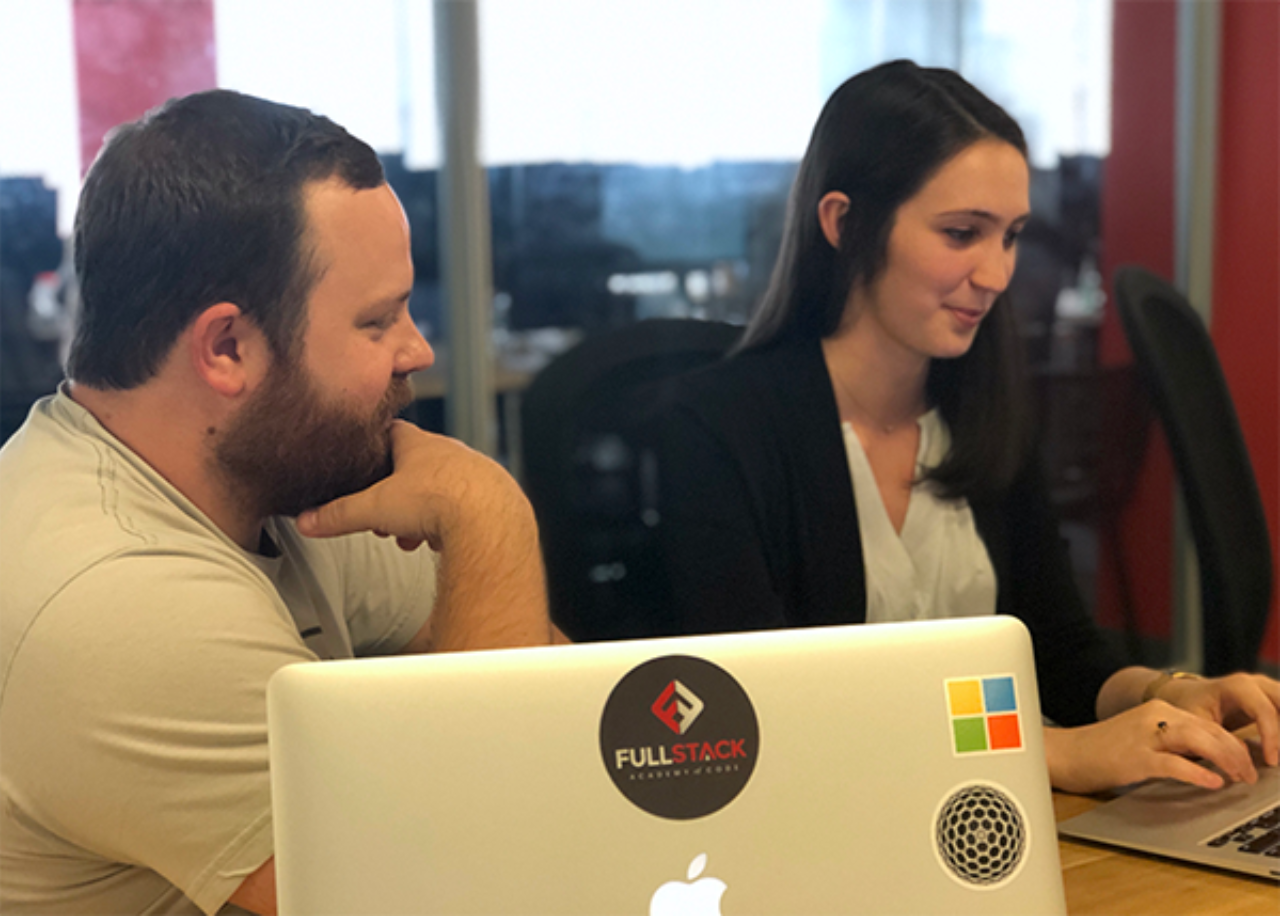 Dakota Blair is committed to using his talents to increase diversity and further inclusion within the tech industry, and that driving force is a principal reason he became an instructor for Fullstack and Grace Hopper. Specifically, Dakota was drawn to our commitment to “accelerate meaningful and enduring diversity and inclusion in tech.”

Fullstack’s co-founders are very transparent about their belief that we need to shake things up in the typically white-male dominated tech industry, and that aligned with Dakota’s desire to create significant positive change within education.

Dakota learned to program on a TI-82 graphing calculator—a feat in and of itself, and one that taught him a lot about programming and math. His first job at a printing company in his small Texas hometown had him working on desktop publishing; however, his aptitude for expediently finishing work and being hungry for more led one of the co-founders to partner with Dakota on creating an online ordering system. To accomplish this, they used PHP and MySQL served by Apache running on Linux.

Despite a burgeoning interest in programming and an obvious aptitude for it, Dakota loved math more than anything and completed his Masters in Mathematics at Texas A&M University. Next, he applied to graduate schools but was not accepted to the ones he wanted. So, he moved to NYC to look for a job.

Building a Foundation as an Engineer and Teacher

After relocating, Dakota began working as a junior software engineer for New York Magazine. It wasn’t long before he was accepted to CUNY for the Ph.D. program in Mathematics. During school, he worked as an adjunct faculty member at local colleges teaching undergraduate math; he also continued his development as a software engineer through an ongoing position with Freelancers Union.

Post graduation, Dakota worked for Teachley, an education tech company that creates games to teach children math. Then he moved on to Logicworks; it was there that he heard about an open job at Fullstack. After learning more about our values, he knew he had to apply.

The Exponential Power of Teaching

Dakota is keen on programming because he’s able to solve problems and create data visualizations in a way that he would not be able to using any other ability, such as drawing or computational skills. And it’s not just that—the code he creates can then be examined by other people to learn about the problem he’s solved, as well as its solution.

Teaching expands his reach even farther, as now every student that he’s taught can not only solve unique problems but can also share their knowledge with an entirely new network of people.

Though teaching is not without its challenges—and at times can be harder than he expected—Dakota deems it a worthy endeavor.

Championing student success can mean different things from day to day, but Dakota has found particular value in watching students struggle with a lack of confidence and ultimately learn how to cope with, or overcome, those fears.

We talk about imposter syndrome a lot at Fullstack, because it’s something many of our students face. Whether it’s replaying a phase or learning how to institute more positive self-talk, seeing students learn how to win out over their imposter syndrome is a privilege.

Reminder: Even as an established programmer, you will never know all of the answers. Dakota admits to still struggling with some advanced concepts such as dynamic programming, or knowing when to either optimize now or defer it to a later time.

Dakota advises that if you are interested in coding bootcamp, you should pay attention to the process you use to work. He employs succinct lists of advice on the best ways to work in order to stay focused and recommends How to Work Better by Peter Fischli and David Weiss, as well as The Zen of Python by Tim Peters.

...And a Bit of Lagniappe

And when he’s not working, learning about how to work, or deciding when to optimize? Dakota enjoys applying Markov chains to published works to produce sentences that embody the feel of that specific text. (Once a mathematician, always a mathematician, right?)

We leave you with this snippet he’s extracted from Lewis Carroll’s Alice in Wonderland:

encouraging opening its head the look first thing was just before and in reply for bringing the duchess and the twelve.

Ready to dismantle your imposter syndrome and get ready for bootcamp, stat? Sign up for our Admissions Prep Workshop to get the confidence boost you need to crush our admissions process.

Can I Get a Job After Coding Bootcamp? 40 Companies that Prove You Absolutely Can